Exocannibalism (from Greek Exo-, "from outside" and Cannibalism, 'to eat humans'), as opposed to endocannibalism, is the practice of eating human corpses from people outside one's own community, tribe or social group—most notably their flesh and some organs such as the heart. Generally it takes the form of ceremonial sacrifices or the ritual consumption of the rival's flesh in order to absorb their vitality or some other valuable trait[1], as well as a symbolic expression of the domination of an enemy in warfare[2]. Such practices have been documented in such cultures as the Aztecs from Mexico, the Carib and the Tupinamba from South America.
http://en.wikipedia.org/wiki/Exocannibalism

The reasons for cannibalism include the following:

* As sanctioned by a cultural norm
* By necessity in extreme situations of famine
* Caused by insanity[26] or social deviancy.

Hmmm... Let's see... Which one of those might be a reason an Islamic radical might cannibalize. 1) A Cultural Norm? That doesn't seem to be the case, though they are quoting instances from the Koran, there doesn't not appear to be any strong history for it. 2) In order to survive. Nope, famine isn't the case. That leaves 3) INSANITY or SOCIAL DEVIANCY.

But maybe we can blame that on McDonalds, Coca-Cola, and huge American Breasts too. 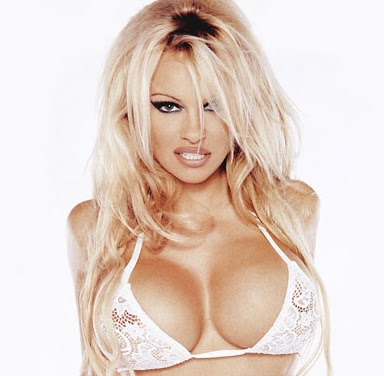 Oh wait...Pam's CanadIEN isn't she? Oh well, she's a transplant (no pun intended) like the thousands of sick who comes to America for health care :P

You would have done better to post the television footage from the mob riot at the ramallah police station, where two israeli soldiers, on their way for duty were detained, and when the mob heard they were there, they were murdered, tossed from the window, and their bodies desecrated by the mob below. Many of them were dancing with pieces of their flesh, including their organs....and seen eating them. THAT would have been true. This is just a totally lousy movie. If you can find the footage put that in instead.

can somebody help me, where did i post, "here is ACTUAL footage of cannibalism" and where in my post am i being miserably serious?

Cannibal Holocaust is a great Mondo film and the score by Italian Composer Riz Ortoloni is great.

i'm so sorry i am doing disservice to our cause by making semi-humorous film references... isn't that also against Shariah? :P

Are you going to also tell me which TITS I should post too? because i will gladly look for more the rest of the night

The WND-link is defunct, but never believe anything without not just a grain but at least a pound of salt if it comes from WND anyway.

Sir P.,
I hope you had fun looking for the perfect tits.