The Rape of Christopher Stevens 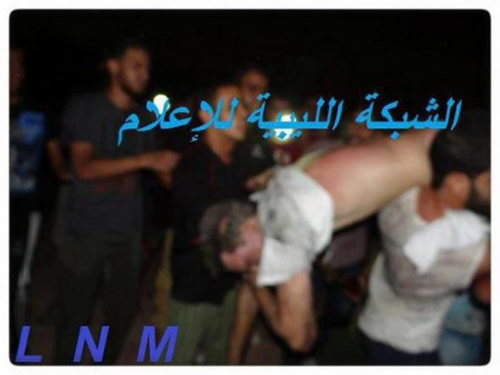 
By obsessing over the 14-minute YouTube Muhammad video and its maker, the mainstream media ultimately exonerates the inexcusable and murderous response of the Islamic world.
There is only one question: did those who make this movie break any law?

No, they did not—and so the matter should end there, and the media should move on.  Focusing on those who did not break any American laws as a way to take the focus off those who murdered and initiated an act of war against the United States is not only misleading; it validates and gives Islamic blasphemy laws precedence over American freedoms.
Worse, even if making movies deemed offensive to Muslims was illegal in the U.S., the fact is, these embassy attacks, which “coincidentally” began on September 11, have nothing to do with the movie.  On September 10, I wrote an article titled “Jihadis Threaten to Burn U.S. Embassy in Cairo.” The demand that the U.S. release its imprisoned jihadis, including the Blind Sheikh, was behind these threats.  There was no mention of  “offensive movies.” My source, El Fagr, an Arabic website, reported all this on September 8.


In other words, several days before Muslims were angry about this movie they were threatening to burn down the U.S. embassy in Cairo.  I had even seen sporadic Arabic reports, from months back, talking about “extremist elements” threatening the embassy.  The movie is just a pretext—aided and abetted by the media, not to mention the Obama administration: Hillary Clinton called the video “disgusting and reprehensible,” wording which is more befitting those who murdered (and possibly raped, see below) Americans; the U.S. embassy itself apologized for those who “hurt the religious feelings of Muslims”; and the administrationasked YouTube to remove the 14 minute trailer.
Thus the U.S. administration validates Islam’s blasphemy laws and, once again, aligns itself with America’s jihadi enemies.
Seventy-year-old, retiring Sen. Jon Kyl (R-AZ) put it well, when he suggested that the administration’s response to the embassy attacks was akin to a court asking a rape victim for an apology, saying: “It’s like the judge telling the woman who got raped, ‘You asked for it because of the way you dressed.’”
Nor is the rape entirely allegorical.  According to the Arabic website Tayyar, “the American ambassador in Libya [Christopher Stevens] was sexually raped  before being killed by the gunmen who stormed the embassy  building in Benghazi last night [Tuesday, September 11],  in protestation of a film insulting to the Prophet Muhammad, peace and blessings upon him.”
Page: 1 2
Posted by Pastorius at 2:53:00 pm