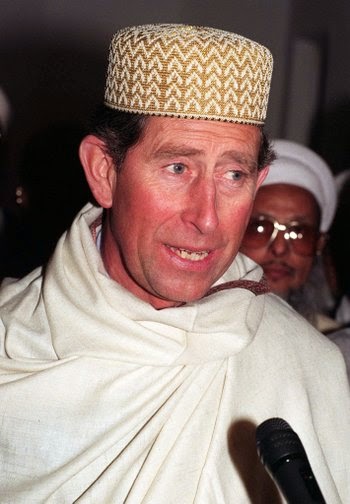 Over the years, Prince Charles has shown himself to quite the Islamophile (which is very close to being a Pedophile).

So, this is not a surprise:


Prince Charles had turned his back on India-born Salman Rushdie after a fatwa was issued against him for his controversial novel ‘The Satanic Verses’ because he thought the book was offensive to Muslims, a British author has claimed.

Martin Amis claims that the Prince of Wales’ views caused a row at a dinner party after Rushdie was issued with the death sentence by Islamic clerics in 1989.

In an interview with ‘Vanity Fair’ magazine, he claims that the heir to the British throne told him that he would not offer support “if someone insults someone else’s deepest convictions”.

Amis is quoted as saying: “I had an argument with Prince Charles at a small dinner party. And I said that a novel doesn’t set out to insult anyone: ‘It sets out to give pleasure to its readers,’ I told him.

“A novel is an essentially playful undertaking, and this is an exceedingly playful novel. The Prince took it on board, but I’d suppose the next night at a different party he would have said the same thing.”

‘Vanity Fair’, marking 25 years since the fatwa was issued by the Iranian government under Ayatollah Khomeini, has asked a group of novelists here about their memories of the time.

Mental midget. Runs in the family.