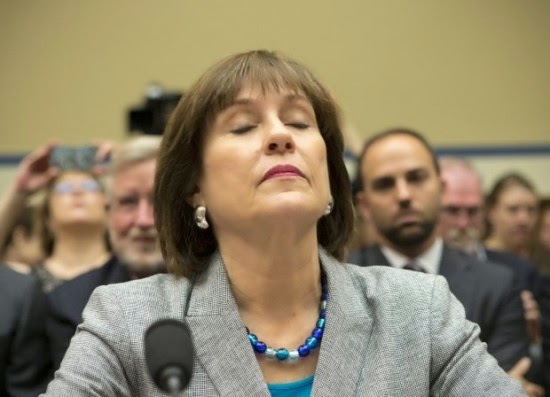 House Oversight and Government Reform Committee Chairman Darrell Issa (R-Calif.) and Subcommittee on Economic Growth, Job Creation and Regulatory AffairsChairman Jim Jordan (R-Ohio) today released the following statements in response to the release of Internal Revenue Service (IRS) documents showing former IRS official Lois Lerner in contact with the Justice Department about potential prosecution of tax-exempt groups:
“The release of new documents underscores the political nature of IRS Tea Party targeting and the extent to which supposed apolitical officials took direction from elected Democrats,” said Chairman Issa. “These e-mails are part of an overwhelming body of evidence that political pressure from prominent Democrats led to the targeting of Americans for their political beliefs.”
“Now I see why the IRS is scared to give up the rest of Lois Lerner’s emails,”said Chairman Jordan. “Not only do these e-mails further prove the coordination among the IRS, the Federal Election Commission (FEC), the Justice Department and committee Democrats to target conservatives, they also show that had our committee not requested the Inspector General’s investigation when we did, Eric Holder’s politicized Justice Department would likely have been leveling trumped up criminal charges against Tea Party groups to intimidate them from exercising their Constitutional rights.”