Imam to Obama: ‘End Oppression of Muslims’; Obama to Imam: ‘Pray for Me’


From Will at THE OTHER NEWS:


Imam to Obama: ‘End Oppression of Muslims’; Obama to Imam: ‘Pray for Me’. 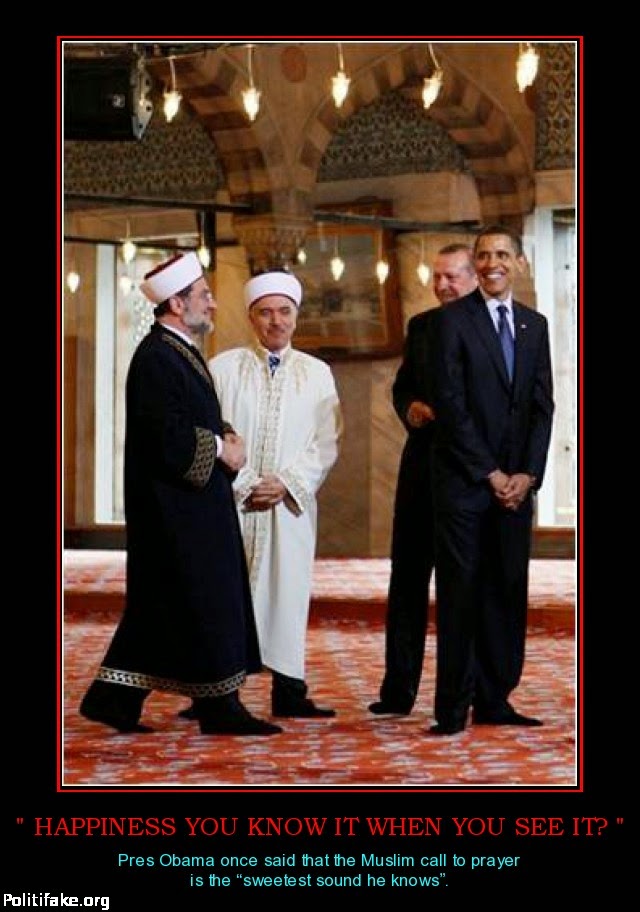 “Pray for me,” Obama replied, according to Grand Imam Ismail Muhammad, who took him on a 25-minute tour of the mosque, called Masjid Negara in Malay, in Kuala Lumpur.

“Obama also said that every day when he wakes up he always does his best to put an end to oppression and conflicts affecting communities,” Bernama quoted Ismail as saying.

The 70 year-old cleric said Obama had frequently replied with InsyAllah (Malay for “Allah willing”) and terima kasih (“thank you”) during the tour.

Malaysia’s Star newspaper quoted Abdullah Muhammad Zin, religious advisor to Prime Minister Najib Razak, as saying it was “not common” for the leader of a superpower to include a visit to a mosque in his itinerary.

“There can be no better way for Obama to honor Islam than by visiting Masjid Negara,” he said.
Bernama quoted several other senior Muslim figures commenting on the visit.

“This is out of the ordinary as I cannot recall any non-Muslim world leader visiting the National Mosque and this is a good start for Muslims here,” said Ustaz Wan Akashah Wan Abdul Hamid, a religious scholar.

The news agency also cited a former National Mosque imam, Hassan Mahmood Al-Hafiz, as saying that “the willingness of the world leader to set foot on the Islamic landmark was a good omen, more so when Muslims were being wrongly linked to violence.”

Invited to comment on Obama’s decision to visit a mosque but not a church while in the country, Council of Churches of Malaysia general secretary Hermen Shastri demurred, but said that those responsible for arranging the visit had “ensured that he is made aware of the religious freedom issues in the country.”