Why Did Obama Hire a Top Criminal Attorney for WH Counsel? 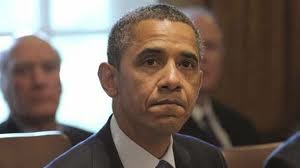 From White House Dossier, with thanks to Will at THE OTHER NEWS:

But, assuming I mean the metaphorical Johnny Cochran, you’d be pretty sure I’m in some kind of really serious trouble.

Or if your wife mentioned she had hired a lawyer, and you found out the attorney specializes in . . . divorce. You’d probably start checking some apartment listings. Which brings us to the strange case of President Obama’s decision to hire Neil Eggleston to be his new White House Counsel.

Eggleston is the kind of guy you go to when someone tells you, “time to lawyer up.” He’s a veteran at cleaning up ethics messes for politicians, most notably Bill Clinton, whom he aided during the Whitewater probes and the Monica Lewinsky affair, double entendre intended.

But that’s not nearly all.

Which begs and pleads the question, is Obama looking for more protection for the White House from the various GOP congressional probes, or is he aware of the possibility that something much, much worse could break?

He’s a veteran at cleaning up ethics messes for politicians

Why? Perhaps his entourage of current/prior ( how many is not clear) highly rated criminal attorneys capable of "cleaning up ethics messes for politicians" are
overloaded with hundreds of lesser known examples as well as the more exposed examples of ethics violations...such as the lack of providing appropriate

2. history of questionable associations with global criminal elements and "familial" ties to enemies of state.

Yes, those are some of the scandals.

Extortion 17 is scandal behind the Seal Team Six ambush. ST6 was placed on a substandard helicopter with a last minute change in non-ST6 Muslim passengers. I don't have the time to look up the backstory but you'll likely find it using the term "Extortion 17" & "Seal Team 6"

I should have just looked it up myself the first time. But I thought it may have been a legal term only attorneys would know about.