Ahmed's Sister Says She Was Suspended From School, Someone Reported She "Wanted To Blow Up The School" ... Something She Insists She "Had Nothing To Do With" 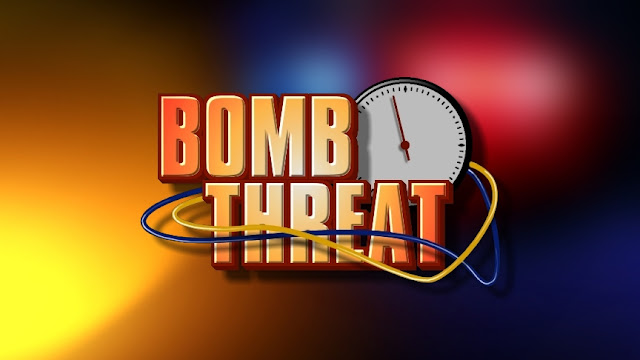 
"After the MSNBC segment, Eyman and I sit down in the hallway where she says the same thing happened to her as Ahmed.

“I got suspended from school for three days from this stupid same district, from this girl saying I wanted to blow up the school, something I had nothing to do with.”

Eyman talks with the slightest lisp, almost imperceptible, but it becomes stronger as she gets emotional.

That is very tricky language from Eyman.

Think about what she said. She said she was suspended from school because someone said SHE wanted to blow up the school.

She IMPLIED by what she said that SHE DID NOT WANT to blow up the school.

Let's take her at her word on that.

My question is, why did she follow up her implication that she did not want to blow up the school by tagging the following onto her sentence, "SOMETHING I HAD NOTHING TO DO WITH"?

Does this mean she had knowledge that SOMEONE DID WANT TO BLOW UP THE SCHOOL?

If that is not what she is saying, then why did she not simply say, "That's ridiculous. Why would I want to blow up the school? I resent even having to address such an accusation."

That's how a normal person would respond were they accused of doing something that was completely out of character.

However, IF a person hangs around with people who DO make threats about blowing up a school, and they get accused of wanting to blow up the school, THEN IT WOULD MAKE SENSE for them to say the following things in this order:

“I got suspended from school for three days from this stupid same district, from this girl saying I wanted to blow up the school, something I had nothing to do with.”

Can you think of any other reason she would have constructed her sentence that way?
Posted by Pastorius at 6:25:00 pm

This article suggests Clockmed's dad had meetings in DC early in 2015...

PakistanDailyTimes: Mohamed Elhassan: Strong on the Stalk
"Let me bring you up to speed and give a bit of an update on Mohamed Elhassan. He is my friend and we have shared many thoughts regarding his campaign. He is currently engulfed in the presidential race and is on the ground in Sudan. We spend time together between trips from Dallas to Sudan. I sat with him and assisted with crafting his policy voice before his recent meetings in Washington DC, Saudi Arabia and for the current trip to Sudan."
******
Glenn Beck's iinterview with the mayor of Irving TX reveals Obama congratulated Clockmed before the story/images of his 'invention' hit the msm:

Mayor Van Duyne & Glenn Beck re: Clockmed
ff 18:33 Mayor Van Duyne: “...I know that we had, the school and the city each had meetings with the family on Tuesday. The family cancelled. They were rescheduled for Wednesday at 2:40 they were to meet with the school district. They didn’t. They were just no shows. At 3:30 on Wednesday they were supposed to meet with our police chief and I was going to be at. At the exact same time that they were supposed to be meeting with us they were on their front lawn in a press conference. We had another meeting scheduled on Friday and they were no-shows.”

Glenn Beck: “This is not about getting answers. This is about –“

Mayor Van Duyne: “No. I, we have tried to reach out to the family a number of times, and this was before it ever even hit the paper on Wednesday. The child was arrested, the teenage was arrested on Monday. On Tuesday there was a meeting scheduled, we were told that the meeting was cancelled. They rescheduled it for Wednesday bringing CAIR representatives with them and again, no showed.”

Jim Hanson: “Shocking. CAIR was there ready. They were there ready with hashtags, lawyers, and everything. The kid wouldn’t answer questions when the school was asking them or when the police were asking them but the second the cameras and the microphones turn on, he’s like ‘it’s because my name’s Ahmed. It’s because I have brown skin. It’s because I’m a Muslim.’ the kid was coached.”

Glenn Beck: “Did you find it interesting that the president was on a story about a school in Irving, Texas – he’s on that story before most of America is even aware of it?”

Mayor Van Duyne: “We never even got a call from anybody from the White House asking to verify any of that information. In fact, I don’t even think the picture of the ‘hoax bomb’ was released before he tweeted out ‘Cool clock, kid’. ”

If the school district, mayor/city decide to press charges for fraud does the clock become evidence?