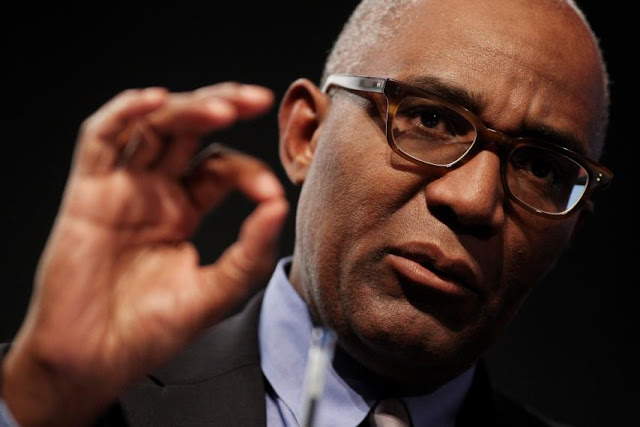 
The former head of Britain’s Equalities and Human Rights Commission (EHRC), Trevor Phillips, has admitted he “got almost everything wrong” regarding immigration in a new report, claiming Muslims are creating “nations within nations” in the West.

Phillips says followers of Islam hold very different values from the rest of society and many want to lead separate lives.

The former head of the U.K.’s equalities watchdog also advocates the monitoring of ethnic minority.

He says schools may have to consider a 50 per cent limit on Muslim, or other minority pupils, to encourage social integration.

And he says disturbing survey findings point to a growing chasm between the attitudes of many British Muslims and their compatriots.

Phillips’ intervention comes after he was asked to analyse the findings of a major survey on Muslim attitudes in the U.K., which will form the basis of Channel 4’s documentary, What British Muslims Really Think, which is due to air on Wednesday night.

An ICM poll released to the Times, in Britain, ahead of the broadcast reveals:

• 39 per cent of Muslims, male and female, say a woman should always obey her husband

The documentary will portray the U.K.’s Muslims as a “nation within a nation” that has its own geography and values. Phillips commissioned a report into Britain and Islamophobia in 1997 which, according to both Phillips himself and academics across the country, popularised the phrase which has now become synonymous with any criticism of Islam or Muslims.

“It’s not as though we couldn’t have seen this coming. But we’ve repeatedly failed to spot the warning signs,” he now writes in The Times , in response to new data collected.

“Twenty years ago… I published the report titled Islamophobia: A Challenge for Us All, we thought that the real risk of the arrival of new communities was discrimination against Muslims.

“Our 1996 survey of recent incidents showed that there was plenty of it around. But we got almost everything else wrong.”

Of course. islam has nothing in common with a free society, so why are they in America? (and elsewhere) They're not immigrants, they are invaders.

As much as this dumbass has suddenly realized he "got it all wrong", he still thinks we have have 49% Muslims in a school and things will be ok. He just does not want them to exceed the 50% margin.

He is still hypnotized and living in the realm of magical thinking.

Someday all these bureaucrats will be hanged in the public square.

"Phillips says followers of Islam hold very different values from the rest of society and many want to lead separate lives."

Now I'm no follower of Islam but I most definitely "hold very different values from (most of) the rest of society". And I am under no illusion that my government will support my desire to lead a separate life. No, they will point a gun at my head and tell me I have to be like everybody else. Or else.

So he's finally waking up and has opened his eyes to what's REALLY happening? Wow.

He says schools may have to consider a 50 per cent limit on Muslim, or other minority pupils, to encourage social integration.

I propose a better limit, how about 0%.

Quote: "Phillips says followers of Islam hold very different values from the rest of society and many want to lead separate lives."

VERY Different values? Why is that acceptable

Lead separate lives? In a nation where it is encouraged and supported for the 'native Indiians' to live separately, this seems the acceptable norm.
However, there are other examples where such separate societies have not been acceptable, like the Jeffs Mormon Polygamous compounds or extreme Jewish sect like the Satmars. Yet neither of these self-isolating societies inflict their doctrines upon the rest of society.