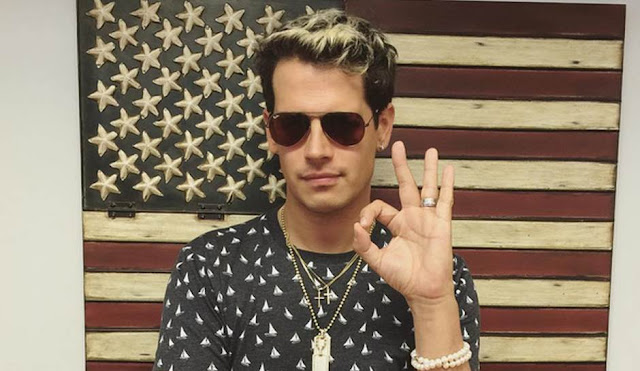 PublishersWeekly: Simon & Schuster is canceling the publication of 'Dangerous' by Milo Yiannopoulos "After careful consideration."

Milo's Facebook post responding to backlash
FF 2:00 "I don't want to blame anyone because I've said the things that you've seen. Some of them were very stupidly worded. Some of the wording that I used was dumb. If I could go back, in most cases, you guys know, if I say something outrageous or offensive, in most cases my only regret is that I didn't piss off more people. But in this case, if I could do it again, I wouldn't phrase things the same way because it's led to confusions.
For instance, I was told that one of the numbers that people are fixating on is 13 and the implication that I was advocating for sex between 13 year olds .
Well, the video that came out was edited to include a section where I said that consent was arbitrary and oppressive. But that was from a discussion about affirmative consent on college campuses. That was placed next to a section about 13 year olds to make it look like I was saying that consent with 13 year olds was arbitrary and oppressive. That's not the case.
As noted above, Milo did NOT say what he is accused of stating. The audio was manipulated. By who?

I would suggest that his CPAC invite/disinvitation was intentionally set up for an explosive media frenzy to destroy him. 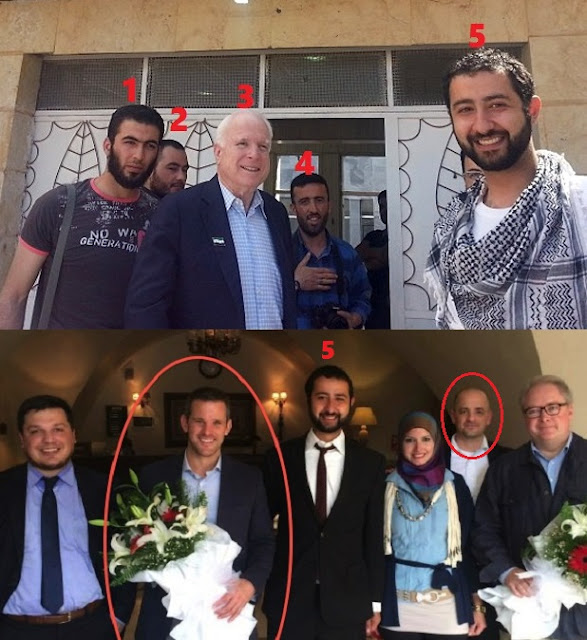 Well lookie there. During a trip to Turkey in 2014 to discuss arming Syrian rebel groups, under the auspices of fighting ISIS, you see Representative Adam Kinzinger appear. Oh yeah, and who’s that other fellow circled in the meeting? ….why that’s our anti-Trump candidate Evan McMullin.
Huh, fancy that.
Spotting Evan McMullin conspicuously standing there in the picture made us want to go back to the CNN file footage from the time and see if he was actually visible in the report they filed from Turkey. Yup, he’s there alright.
Watch and spot him in the background during quite a bit of the footage:
Rep. Kinzinger Discusses Deal Brokered with Syrian Rebels on CNN
Long before anyone heard about Evan McMullin running for President, there he is paling around with #NeverTrump Adam Kinzinger in Turkey chatting with the Muslim Brotherhood affiliates (guise SETF) who are essentially the political arm of ISIS under a differing name.

The declared purpose of the meeting was to discuss who and how to arm the entities within Syria. However, just like in 2012/2013 these same
Brotherhood voices in 2014 are simply trying to present themselves as one thing, only to gain the goal of another. That’s ultimately the story behind the arms deals within The Benghazi Brief. That’s the lesson that should have been learned if the truth contained within the brief were ever to have larger public interest.
Additionally, all that said – it’s connections like these that make other things, like the opposition to Donald Trump, make much more sense.
Recall also...the Paul Ryan event where candidate Trump was invited to speak and then the “pussy” tape came out and he was disinvited,

An Eric Erickson event to which Trump was invited and very publicly disinvited.

This seems to be a NeverTrump strategy.

Milo's updated statement:
I am a gay man, and a child abuse victim.

I would like to restate my utter disgust at adults who sexually abuse minors. I am horrified by pedophilia and I have devoted large portions of my career as a journalist to exposing child abusers. I've outed three of them, in fact -- three more than most of my critics. And I've repeatedly expressed disgust at pedophilia in my feature and opinion writing. My professional record is very clear.

But I do understand that these videos, even though some of them are edited deceptively, paint a different picture.

I'm partly to blame. My own experiences as a victim led me to believe I could say anything I wanted to on this subject, no matter how outrageous. But I understand that my usual blend of British sarcasm, provocation and gallows humor might have come across as flippancy, a lack of care for other victims or, worse, "advocacy." I deeply regret that. People deal with things from their past in different ways.

As to some of the specific claims being made, sometimes things tumble out of your mouth on these long, late-night live-streams, when everyone is spit-balling, that are incompletely expressed or not what you intended. Nonetheless, I've reviewed the tapes that appeared last night in their proper full context and I don't believe they say what is being reported.

I do not advocate for illegal behavior. I explicitly say on the tapes that I think the current age of consent is "about right."

I do not believe sex with 13-year-olds is okay. When I mentioned the number 13, I was talking about the age I lost my own virginity.

I shouldn't have used the word "boy" -- which gay men often do to describe young men of consenting age -- instead of "young man." That was an error.

I am certainly guilty of imprecise language, which I regret.

Anyone who suggests I turn a blind eye to illegal activity or to the abuse of minors is unequivocally wrong. I am implacably opposed to the normalization of pedophilia and I will continue to report and speak accordingly.
Posted by Pastorius at 4:02:00 pm

Sundance at the Conservative Treehouse nails it: It’s Not About Milo – It’s About The Existential Threat That Milo Represents… There are trillions of dollars at stake. Trillions.

Those who hold power will never relinquish power; a simple and timeless truth. The current attacks against an increasingly less obscure gay man named Milo Yiannopoulos (it appears he is most known simply by “Milo”) are not about Milo Yiannopoulos per se’, anyone who has followed the construct of the swamp should see the transparency.
[]
Those who control the levers of the DC Swamp municipal system are determined to defeat the highly outlined objectives of a President Trump administration. Milo is merely a concentric circle outlier of their real target. The transparent objective here is to isolate, ridicule and marginalize Mr. Milo to create a door to the next circle.

It would be severely intellectually dishonest not to admit this road map.

Milo should have gone straight to a news conference rather than letting the media drive the narrative and then releasing statements on Facebook. He's not Trump, he does not command the media presence that Trump does. Milo may have played into their hands and let them ruin him.

thedeplorableraven, In Milo's initial Facebook video response he reveals this controversy erupted just as he was dealing with illness (flu like bug).

All explanations coming after the fact are always enlightening. I'm sorry for Milo, but he touched on a subject extremely thorny for both sides, the gay community and us. Adult men need not be pedophiles to like very young men, 18, 19, 20 ... Pedophiles or not, I don't want them close to my kids ever.

Milo should have kept his mouth shut on the subject, and nothing of this would be a problem. OK, he was raped or whatever it was that happened when he was 13. That's awful, and a trauma from which he will probably never recover. But he should have stayed away from this subject.

1) It's not ultimately about Milo

2) the subject is thorny, but it exists, and it's part of freedom, BUT I don't want my children around such men either.

3) Milo really should have known better. He fucked up and sadly it may have cost him his career.

Paul Joseph Watson posts graphic
Milo is almost bigger than Breitbart at this point. Him leaving Breitbart is virtually irrelevant.

IMO, that remains to be seen.