Yesterday, this essay by Margaret Sullivan appeared in the Style section of the Washington Post:


Could reporters be hunted down if Trump goes after leakers?

For those who care about press rights in America, President Trump’s words last week were stunning and disturbing.

The news media is not merely “scum,” as he has said many times before, but now “the enemy of the American People.”

This tweeted pronouncement, with its authoritarian echoes, came soon after Trump’s vow to stamp out the unauthorized flow of intelligence-community information to journalists. “I’ve actually called the Justice Department to look into the leaks,” he said. “Those are criminal leaks.”

Add up these two elements and you get a troubling question: Will the Trump administration’s crackdown on leaks include journalists as well as their sources?

“Right now, it’s a deviant practice, certainly not in the ordinary course of business, to subpoena a journalist,” said David Pozen, a Columbia University law professor who wrote the landmark study “The Leaky Leviathan: Why the Government Condemns and Condones Unlawful Disclosures of Information.”

But, Pozen told me: “If we’re in a new paradigm, that could change.”

That such things are changing already was evident in Trump’s statement, quoted above, about making an assignment for Justice Department officials — who, after all, are supposed to operate with a measure of independence, choosing their own cases, not as corporate functionaries reporting to the chief executive.

As for a new paradigm, it — or something else quite weird — was on full display in that news conference in which Trump hardly stopped attacking the assembled news media.

And folks, we don’t live in Normal Town any more....

What Donald Trump is calling for — and what WE THE PEOPLE demand — is that the media tell the truth and report facts. There is nothing hateful about a call for the truth. 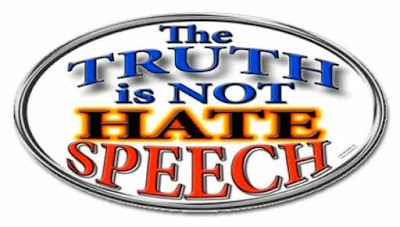 AND MASS HYSTERIA IS EVIDENT

More on the House IT scandal. The MSM seems determined not to cover this in any meaningful way

“I Will Not Cover Myself Up”: Le Pen Refuses To Wear Headscarf, Cancels Meeting With Lebanese Cleric
http://www.zerohedge.com/news/2017-02-21/i-will-not-cover-myself-le-pen-refuses-wear-headscarf-cancels-meeting-lebanese-cleri

Just blistered WaPo in 2 comments on the article

We are not on the precipice of this old Russian political vote. Call me, when journalists are rounded up. Zzzz

"Comrade Brezhnev, is it true that you collect political jokes?" – "Yes" – "And how many have you collected so far?" – "Three and a half labor camps."

Interesting. I didn't know that.

Epa,
Just blistered WaPo in 2 comments on the article