Bill Kristol Is An Idiot 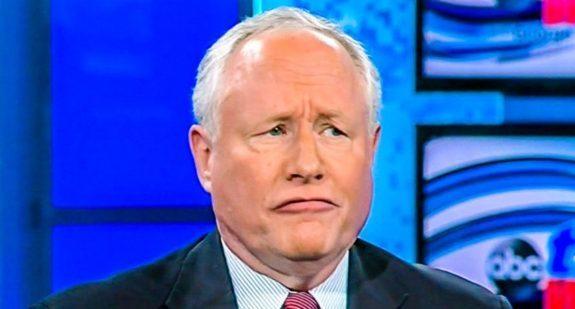 This is My Badass, Revolutionary Face

From The Z Man:


The other day, Bill Kristol took to twitter to announce his support for a coup against President Trump. Kristol has become fond of this sort of thing, leading some to wonder if he has lost his marbles. Alternatively, it could just be a lonely old man looking for attention as no one seems to care about his opinions these days. It’s hard to know, but Kristol is still taken seriously by people in Washington, especially with the neocon cabal that still occupies a lot of space in the media and the GOP.

Obviously strongly prefer normal democratic and constitutional politics. But if it comes to it, prefer the deep state to the Trump state.
— Bill Kristol (@BillKristol) February 14, 2017


Regardless of his intentions, Kristol is a good example to keep in mind when wondering how to judge the opinions from the commentariat. Bill Kristol has been wrong about most everything for the last 25 years. He was a champion of Bush’s big government conservatism, which meant doing all the things the Left dreamed of doing, but calling it principled conservatism. He also championed the invade the world/invite the world polices that resulted in losing at least two wars of choice and flooding the nation with low-IQ hostiles from the third world.

That’s a lot of wrong for one little man.

There are two questions that arise when looking at the disastrous career of a guy like Kristol. One is how was he allowed to wreak so much havoc? People like Pat Buchanan warned about the lunacy of neo-conservatism from the onset, but Kristol and his cohorts in the movement not only outmaneuvered the paleocons, they had them banished to the void. That raises the other question. How is it that people so wrong could be so good at maneuvering their way to positions of authority?

An answer to former question can and will fill up many books. The latter question is far simpler. The policy experts and political wizards of our age are men who possess no standing outside the very narrow field of politics. In the higher reaches, none of them have made a mark in a field outside of politics, like science or business. They prefer to restate, in slightly different terms, the views of a hundred predecessors, so they can invest all of their energies into currying favor with the powerful.

It is often argued that the appeal of politics is that it allows people to gain power and wealth, without having to invent a better mousetrap or figure out a better way to build a mousetrap. The reality is that the main attraction for guys like Kristol is they see punditry and commentary as fields where there is no right answer. Science, math, business, these are fields with right answers and more important, wrong answers. In the productive world, wrong answers have consequences.

Third rate men will always be drawn to endeavors where everyone can claim to be right, by simply saying that everyone else is wrong. That’s how a Bill Kristol can trade on the family name and his father’s accomplishments to lever himself into positions of authority within the Republican Party. He is good at the small strategies of parlor room politics, but entirely worthless at everything else. It is no wonder that he fell for every crackpot policy idea of the last 25 years. He had no basis from which to judge them.

And to think that for many years I thought that Buchanan was crazy and quit paying any attention to what he said or wrote!

Well, I don't like Pat Buchanan, but one can not like a person and admit they agree with that person on this or that issue.

Another example of emotional response to being TOTALLY WRONG destroying your mind instead of adapting to the new realities, and looking for way to get your point across.