We Hold This Truth To Be Self-Evident: Sharia Is The Opposite Of Freedom 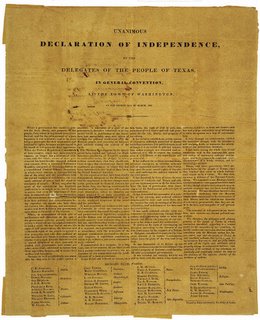 65% of Palestinians support terror attacks against the United States and 80% want Sharia law instituted in their land.

Ok, it's time to shut down their hopes and dreams, my friends. Such ideas should not be allowed to turn themselves into an official state:

With elections due to be held next month and the Hamas terror group gaining significantly in municipal elections and polls, the survey further illustrates the desire of a majority of PA Arabs to establish an Islamic state, similar to Iran.

A whopping 79.9% of Palestinians would like the PA to follow Shari’a - Islamic religious law. Included in the figure are 11.3% of the respondents, who would like to see Shari’a supplemented by the laws of a PA Legislature.

“What is striking is the willingness of Palestinians to turn against even the Western countries upon whom they are so totally dependent in order to progress,” said Palestinian Media Watch (PMW) Director Itamar Marcus.

“Palestinians are not in direct conflict with the US, and certainly have counted on the Europeans as active allies. And yet an overwhelming majority desire to see Europeans and Americans killed by a religion-based terror organization.”


If we were to allow such ideas to become the foundation of a new state, it would mean we do not believe in our own Declaration of Independence:


We hold these truths to be self-evident, that all men are created equal, that they are endowed by their Creator with certain unalienable rights, that among these are life, liberty and the pursuit of happiness.

That to secure these rights, governments are instituted among men, deriving their just powers from the consent of the governed. That whenever any form of government becomes destructive to these ends, it is the right of the people to alter or to abolish it, and to institute new government, laying its foundation on such principles and organizing its powers in such form, as to them shall seem most likely to effect their safety and happiness.

Prudence, indeed, will dictate that governments long established should not be changed for light and transient causes; and accordingly all experience hath shown that mankind are more disposed to suffer, while evils are sufferable, than to right themselves by abolishing the forms to which they are accustomed.

But when a long train of abuses and usurpations, pursuing invariably the same object evinces a design to reduce them under absolute despotism, it is their right, it is their duty, to throw off such government, and to provide new guards for their future security.
Posted by Pastorius at 6:53:00 pm

I was listening to two people arguing about a "Palestinian" state. One of them asked a very relevant question: "If an independent country called Palestine" is created, what makes you think it will be any different from all the other Arab countries that currently exist"?

It looks like it would be worse than most of them.