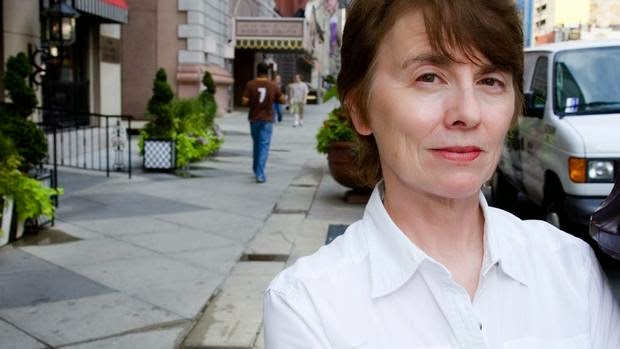 
The suspension of Phil Robertson from A&E’s Duck Dynasty is outrageous in a nation that values freedom, according to social critic and openly gay, dissident feminist Camille Paglia.

“I speak with authority here, because I was openly gay before the ‘Stonewall rebellion,’ when it cost you something to be so. And I personally feel as a libertarian that people have the right to free thought and free speech,”

Paglia, a professor at the University of the Arts in Philadelphia, said on Laura Ingraham’s radio show Thursday.

“In a democratic country, people have the right to be homophobic as well as they have the right to support homosexuality — as I one hundred percent do. If people are basing their views against gays on the Bible, again they have a right of religious freedom there,” she added.

“To express yourself in a magazine in an interview — this is the level of punitive PC, utterly fascist, utterly Stalinist, OK, that my liberal colleagues in the Democratic Party and on college campuses have supported and promoted over the last several decades,” Paglia said.

“This is the whole legacy of free speech 1960’s that have been lost by my own party.” Paglia went on to point out that while she is an atheist she respects religion and has been frustrated by the intolerance of gay activists. “I think that this intolerance by gay activists toward the full spectrum of human beliefs is a sign of immaturity, juvenility,” Paglia said.

“This is not the mark of a true intellectual life. This is why there is no cultural life now in the U.S. Why nothing is of interest coming from the major media in terms of cultural criticism. Why the graduates of the Ivy League with their A, A, A+ grades are complete cultural illiterates, etc. is because they are not being educated in any way to give respect to opposing view points.”

But I do know what it is. Political correctness isn't part of the scenario.

I have to wonder how Charles Darwin's reputation will hold up among the left-wing intellectual set. Darwin has replaced God-the-creator in leftist cosmology but Darwin's theory must label Homosexuality an evolutionary dead-end. If it's not a choice then it must be nature's way of telling you your genes are no longer wanted in the pool. Any other interpretation is contradictory.

The deans of feminist theory are already attacking Darwin's theory of sexual selection. Paglia certainly knows that. How far they go in this direction remains to be seen but, pushed to its logical conclusion, Darwin will have to wind up being lumped with the rest of the dead white male patriarchy. Then where will the left go to explain existence?
Should be a fascinating battle. My favorite amusement is watching left-wingers eat each other. Stay tuned.

While I may think their lifestyle is unnatural, if all gays and liberals or at least most of them were like this woman then I'd probably have a lot more respect for them. As it stands right now, my respect for libs and gays stands somewhere in the negative range. And its not because of who they are but because of how they act toward those who disagree with them.

No different than those barbarians known as Muslims.

Anonymous,
What a great comment. I was not aware of that controversy in Radical Lesbo-Feminazi Theory.

Do you have any links on that?

Nico,
Camille Paglia is one of my heroes. I studied Philosophy in College. I bring that up quite often. But I also have a degree in Literature. Paglia is a Lit Professor and her book Sexual Personae is, along with the works of Harold Bloom, one of my favorite Lit Criticism works.

Her Social Commentary is always thoughtful as well, and I usually agree with her.

Reference materials on the subject of feminism vs. Darwinism are predictably opaque as is usual with "ism" studies though Paglia, given her position in scholarship, would likely be well read in them. A rare example of cogency on the topic would be:

"Now, while the rest of the country is grappling with the issue of gay marriage, Stanford evolutionary ecologist Joan Roughgarden is trying to untangle Darwin's mess by publishing Evolution's Rainbow: Diversity, Gender and Sexuality in Nature and People . Roughgarden's thesis begins with the idea that since homosexuality is not a reproductive strategy, according to Darwin it's an aberration that should die off. But instead of deciding that homosexuality is wrong from an evolutionary standpoint, Roughgarden arrived at another conclusion: Darwin's theory of sexual selection must be wrong. Traveling this path and others, her book marks the first time that a scientist has presented a cogent challenge to one of Darwin's sacred cows."

Quoted from an article by Steven Kotler at AlterNet.