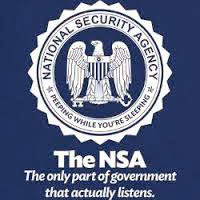 
WASHINGTON — The Obama administration moved late Friday to prevent a federal judge in California from ruling on the constitutionality of warrantless surveillance programs authorized during the Bush administration, telling a court that recent disclosures about National Security Agency spying were not enough to undermine its claim that litigating the case would jeopardize state secrets.

In a set of filings in the two long-running cases in the Northern District of California, the government acknowledged for the first time that the N.S.A. started systematically collecting data about Americans’ emails and phone calls in 2001, alongside its program of wiretapping certain calls without warrants.

The government had long argued that disclosure of these and other secrets would put the country at risk if they came out in court. But the government said that despite recent leaks by Edward J. Snowden, the former N.S.A. contractor, that made public a fuller scope of the surveillance and data collection programs put in place after the Sept. 11 attacks, sensitive secrets remained at risk in any courtroom discussion of their details — like whether the plaintiffs were targets of intelligence collection or whether particular telecommunications providers like AT&T and Verizon had helped the agency.

“Disclosure of this still-classified information regarding the scope and operational details of N.S.A. intelligence activities implicated by plaintiffs’ allegations could be expected to cause extremely grave damage to the national security of the United States,” wrote the director of national intelligence, James R. Clapper Jr.

So, he said, he was continuing to assert the state secrets privilege, which allows the government to seek to block information from being used in court even if that means the case must be dismissed.

The Justice Department wants the judge to dismiss the matter without ruling on whether the programs violated the First or Fourth Amendment.

Obama doesn't intend to be reined in. Furthermore, he has no regard for the bounds of the Constitution.