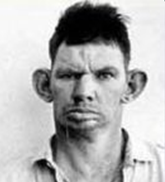 Again, Barack Obama thinks he can pass a law, and then ignore it; dictating his own law from day to day, without any responsibility to the legal process or American Constitution.


WASHINGTON (WSJ) —The Obama administration said Thursday it would allow millions of Americans whose insurance policies had been canceled to purchase bare-bones plans next year, in another eleventh-hour tweak to the law likely to cause consternation among insurance carriers.

Health and Human Services Secretary Kathleen Sebelius told a group of six senators in a letter viewed by The Wall Street Journal that people whose policies had been canceled because of new requirements under the health law would be allowed to purchase ‘catastrophic’ plans.

Those plans had previously been restricted to people under the age of 30 or individuals who qualified for a set of specific hardship exemptions. Catastrophic plans typically cover three primary-care visits a year and some preventive benefits, but they have few of the other benefits of the law and only cover large medical costs after a high deductible.

Carriers that are offering them for the coming year have already cleared the plans with state regulators and set prices, but they did so in the expectation that few people over the age of 30 would be purchasing them.

What do you expect? The guy was raised in Indonesia! And in a family which despised the US. He is not your regular American, and definitely not like any other president in history.

This is what happens when Congress delegates its legislative power to some un-elected bureaucrat or agency in the Executive branch. Stop the ability of the Executive Branch to make laws through regulation NOW!

This panic stricken way of governing a country is very third world like.

Like Charles Martel said he grew up in Indonesia...a third world country. So he runs America like third world leaders.

I just got off the "marketplace" for health insurance ( obamafuckfacecare ) looking at plans for my 14 year old and I am disturbed enough to say for the 1st time in over 6 months I want a cigarette. Im not signing him up right now, because I need to call them and make sure I'm reading this correctly, but I THINK they are saying for the lowest plan, that I have to pay not only 110$ a month, but 6300$ before they will even pay a dime towards any kind of care? How can that be? That's not affordable......I don't have that kind of cash ! Anyone else sign up for this shit yet? Can someone tell me if Im correct?