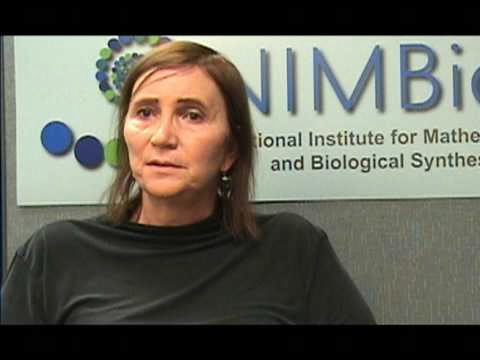 What are you laughing at, Pastorius?

From the LA Weekly:


Darwin, whose theory of evolution says that all life originated from a common ancestor, made the other frequently cited argument against homosexuality. The reason the tree of life is so varied is because reproduction is an inexact process. Mutations arise that either help or hinder existence. Helpful ones create new lineages; harmful ones die off. “Survival of the fittest” is an abridged way of saying organisms with mutations that increase the species’ chances of reproduction do better than ones that don’t.

But mutation alone doesn’t explain all the variety in nature. To address that, Darwin developed his idea of sexual selection. Sexual selection is meant to explain how things like a peacock’s ornamental tail — obviously a hindrance to survival (have you ever tried running away from a predator with a kite tied to your ass?) — exist. Darwin figured, simply, that peahens (female peacocks) must like the tail. In fact, Darwin supposes, the male with the biggest tail attracts the most females.

So, in Darwin’s theory of evolution, mutations that are not in the service of survival — as are speed, camouflage and opposable thumbs — must be in the service of attracting mates with which to propagate the species.

Which puts homosexuality, which is clearly not a reproduction-enhancing mutation, at odds with Darwinism. Which, in turn, has made strange bedfellows out of sworn enemies: Evolutionary scientists and Christian-right literalists both agree, for different reasons, that homosexuality is unnatural.

Now, while the rest of the country is grappling with the issue of gay marriage, Stanford Evolutionary Ecologist Joan Roughgarden is trying to untangle Darwin’s mess by publishingEvolution’s Rainbow: Diversity, Gender and Sexuality in Nature and People. Roughgarden’s thesis begins with the idea that since homosexuality is not a reproductive strategy, according to Darwin it’s an aberration that should die off.

But instead of deciding that homosexuality is wrong from an evolutionary standpoint, Roughgarden arrived at another conclusion: Darwin’s theory of sexual selection must be wrong. Traveling this path and others, her book marks the first time that a scientist has presented a cogent challenge to one of Darwin’s sacred cows.

Now, that is fucking funny, isn't it?

Go read the LA Weekly interview with the genius Stanford Professor of, what the fuck is it? Oh yeah, Professor of Evolutionary Ecology and Gender-Queer Biogenetics Critical Theory.

And while you're at it, ponder the fact that this presumably Lesbian Professor's name is ROUGHGARDEN.

"In 1998, Roughgarden transitioned from male to female."

My point is not whether her theories are right or wrong but rather that her theories are likely to trump conventional Darwinism among the left intellectual elite. Homosexuals currently occupy the top tier of the left-wing hierarchy. They are moving quickly to expel all expression that put into question their assertions. I believe the attack on Darwin is just beginning and will gather momentum. This attack is unique in that Darwin necessarily holds a supreme position in left intellectual circles. It will be interesting to see how they square this particular circle.

Think about how fucked up that is that she "transitioned from male to female" only to be a lesbian.

How much you want to bet she still uses dildoes on her partners.

It would be easy to dismiss her theories as self-serving rationalizations. However there is one stubborn fact that remains begging explanation: Homosexuality is absolutely not dying out as a straight reading of Darwin insists it must. Unless it is a choice and I personally find that doubtful. Joan's theory of social selection isn't going to go away easily.

Just survived another year of Christmas shopping, no suicide , Came out stronger then ever before :)

Yes, but humans have unhinged themselves from the rigors of the wheel of evolution, IMO.

The Evolutionary wheel we are on now is a bit different. Kurzweil, a guy whom most would not reference in a conversation like this, would say we are at the preliminary stages of an evolution designed to move from human to Informational, as the big step approaches where we step past the Singularity.

I'm not sure I completely buy that, but I will say, IMO, it seems pretty obvious humans are no longer subject to the more stringent aspects of natural selection in our sexual reproduction.

We basically can do whatever the eff we want and we'll find someone who will do it too, and eliminate the baby if a child pregnancy comes from it.

Here's what is happening to Western Civilization, IMO:

“Under peaceful conditions a warlike man sets upon himself.”


― Friedrich Nietzsche, Beyond Good and Evil

Agree. Human beings have either been given or achieved the ability to exercise at least some control of the evolutionary direction of the species. This ability appears to be limited to Homo Sapiens alone. I do however question the scale of this control. Can human nature itself be reinvented? Hard to say.

No, I don't think human nature can be "re-invented", but it can be rehabilitated through a relationship with God.

Alcoholics who go to A.A. say they have to hit bottom before they are forced to deal straight with God, and thus the are relieved of their alcohol problem. They say that, in a way, their bottom was the best thing that could have happened to them because it gave them a new life, in God.

Likewise, I believe it is possible that all this technology and leisure will bring mankind in general to a place where it's either get straight or die.

My off-spring once stated - "Mom-I think we should go back to survival of the fittest!"-after driving the Ventura freeway--
Her in CA- the stupidity level is very high- and to think the stupid have a 4000 lb. "weapon" at their disposal...
I must say- I now agree--
Here's to Survival of the Fittest!and most intelligent-and logical--
Am I bad!
C-CS

get straight or die...that will separate the optimists from the pessimists.

I agree more or less with you Pasto, but bring in enough immigrants from the Middle East - Syria , Palestine etc..and you will see a new 'Colonist era' and the indigious weak settlers will dissapear.

I was glad to hear my stephson this week advocating for free speech and against gov control and surveillance.

Asking me if i'm sometimes afraid to speak out in general and approving of my way of seeing things, there's still hope for our youth.

To be honest i didn't expect it, i was proud to see he's not a sugar coated baby.

That is good news, Will. Awesome.

"Homosexuality is absolutely not dying out as a straight reading of Darwin insists it must."

Perhaps it is not dying because homosexuality itself is a form of selection. Something goes wrong in the gestation process, and instead of the body eliminating the damaged fetus, as happens in 30% of pregnancies during the first three months, it turns out with no desire to reproduce.

I know, does not sound very scientific, but it´s a thought going along with Darwin´s theory.