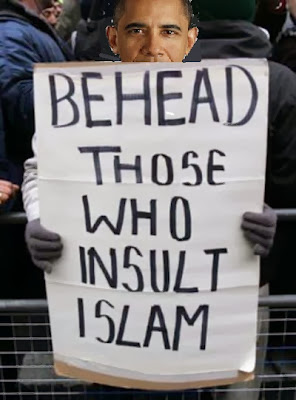 
Interior Ministry spokesperson Hani Abdel Latif said in a press statement issued Thursday that the penalty for leading a Muslim Brotherhood demonstration will be the death sentence, even if it is a woman.

The harsh move comes in accordance with yesterday’s declaration of the Broterhood a terrorist organization, which was issued after the car bombing in Mansoura that killed at least 15 people. Though an unaffiliated terrorist group, Ansar Bayt al-Maqdes, claimed responsibility for the attack, the newly empowered political establishment has decided to ride the wave of fear and take the opportunity to further squash the only viable political opposition to their rule. Meanwhile, the interim government has yet to produce evidence linking the Brotherhood to the attack.

Following the ouster of Brotherhood President Mohamed Morsy, his opponents have pushed forward their democratic roadmap, which will supposedly bring the country closer to democracy. The latest move, however, seems to be further evidence that the new path set forth by the interim government is not one of a democracy, but rather a step back to the Mubarak-era police state that ruled with an iron fist and snuffed out all political opposition.

The next step in the roadmap, which is the most challenging one, is to approve the newly amended Constitution in a referendum to be held on 14 and 15 January. In defiance, the Brotherhood has vowed to block the referendum by protesting.

Abdel Latif added that those who take part in such demonstrations or is a part of the group’s leadership will also be imprisoned.

"...even if it's a woman." In which case she'll be gang raped first. In islam you can't execute a female virgin so they'll have to make sure.

On second thought any male offenders will probable be gang raped as well.

Imagine living in one of the 57 nations (and climbing) under some form of islamic law. It would be like serving a life sentence in a California state prison.

"...even if it's a woman." In which case she'll be gang raped first. In islam you can't execute a female virgin so they'll have to make sure.

DAFUQ are you talking about? There are claims that Iran does not execute women who are virgins so they are raped before executions.

That has got nothing to do with Islam.

Islam is fucked up on its own plenty, no need to spread lies about it.

They tried democracy and did not work. These Brotherhood savages have to be kept in check under the boot. That's what Mubarak did. Yes, he was a dictator and also a thief (that was a big problem, because all that money could have been used to educate two generations within a secular society.)

Until someone work on demilitarizing and taking all the hatred out of Islam, Muslim countries will have to be governed by those willing to keep the Brotherhood under the boot, and as much as I hate to say this, making them slowly disappear. Otherwise there will be no peace.