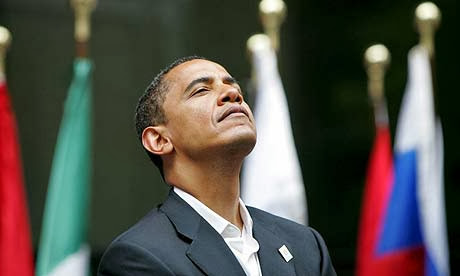 Michelle keeps my balls in a locked tampon drawer

Rejecting one of the Obama White House's most aggressive attempts to preserve executive branch secrecy, a federal judge Tuesday ordered the disclosure of a government-wide foreign-aid directive President Barack Obama signed in 2010 but refused to make public.
The Justice Department asserted that the Presidential Policy Directive on Global Development was covered by executive privilege, even though it is unclassified and reflected standing guidance to agencies rather than advice given to the president.
Acting on a Freedom of Information Act lawsuit brought by the Center for Effective Government, U.S. District Court Judge Ellen Huvelle concluded that the presidential order is not properly within the bounds of the so-called "presidential communications privilege." The judge went further, calling "troubling" the sweeping nature of the government's argument's in the case.
"This is not a case involving 'a quintessential and nondelegable Presidential power' — such as appointment and removal of Executive Branch officials...where separation of powers concerns are at their highest. Instead, the development and enactment of foreign development policy can be and is “exercised or performed without the President’s direct involvement," Huvelle wrote in her opinion (posted here.)
Huvelle noted that she ordered the document delivered to her under seal last month and said she disagreed with the government's contention that the order is "'revelatory of the President's deliberations' such that its public disclosure would undermine future decision-making." She also found that "'the President's ability to communicate his [final] decisions privately' ... is not implicated, since the [order] was distributed far beyond the President’s close advisers and its substance was widely discussed by the President in the media."
"Here there is no evidence that the [directive] was intended to be, or has been treated as, a confidential presidential communication," wrote Huvelle, a Clinton appointee.
The Obama Administration argued that the distribution of the document was restricted to those with a "need to know," but the judge dismissed that contention as "amorphous."
"The government has not, even after plaintiff raised the issue...defined what 'need to know' means," Huvelle wrote.
The judge also suggested the administration had lost sight of the purposes of the Freedom of Information Act and transparency itself.
"The government appears to adopt the cavalier attitude that the President should be permitted to convey orders throughout the Executive Branch without public oversight ... to engage in what is in effect governance by 'secret law,'" Huvelle said.
The White House referred a request for comment on the ruling to the Justice Department, which did not immediately respond to a query about the case.
Posted by Pastorius at 3:04:00 am