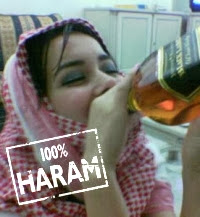 
Marks and Spencer says shoppers won't be refused alcohol by staff as it claims a failure to follow internal policy led to a shopper being told to queue elsewhere because a Muslim worker couldn't serve them alcohol.


Customers at Marks and Spencer will not be refused alcohol or pork by Muslim staff after the store reacted to a massive backlash by customers.

Thousands of shoppers threatened to boycott the retailer after Marks and Spencer said it would allow Muslim staff to refuse to sell pork and alcohol because it was against their religious beliefs.

But now Marks and Spencer has apologised and said that Muslim staff who did not want to handle these products would not man tills and would work in other roles such as in clothing or in the bakery.

The issue was revealed after customers at a London branch of Marks and Spencer were told they would have to use another till because the assistant would not be able to serve them pork or alcohol.

At the time Marks and Spencer said staff could refuse to sell these items, based on their religious beliefs. This led to a huge backlash by thousands of customers who threatened to boycott the store.

Marks and Spencer last night apologised and said it had made a mistake and was not following its internal policies.

In a statement, Marks and Spencer said: “Where we have an employee whose religious beliefs restrict food or drink they can handle, we work closely with our member of staff to place them in suitable role, such as in our clothing department or bakery in foods.

“We regret that in the case highlighted today we were not following our own internal policy.”

Angry customers created a Facebook page, calling on others to boycott the retailer. Some claimed it was creating “division” in communities while others said if this policy was followed they would have to allow Christians who opposed homosexuality to refuse to serve gay customers.
Posted by Pastorius at 12:33:00 am

I will never darken their door again and if M&S goes down the tubes because of many like me then that will illustrate a basic business rule - "If you want to keep your business, if you want it to remain viable and profitable, then don't hire Muslims!"

Good. Glad to hear it.

I'm sad that they're backtracking.

I kinda liked the policy of Muslims not serving the rest of us who buy pork and alcohol.

I could have easily avoided them by carrying an open packet of bacon with me saying, "GET AWAY MUSLIM, YOU CAN'T SERVE ME!"

That way they would just be a burden on the company, not earn any sales commission and then eventually be redundant and get fired.

This rule would have gone both ways and would have actually benefited us infidels if we worked with it in a smart way...

But meh, all good things are short lived it seems.