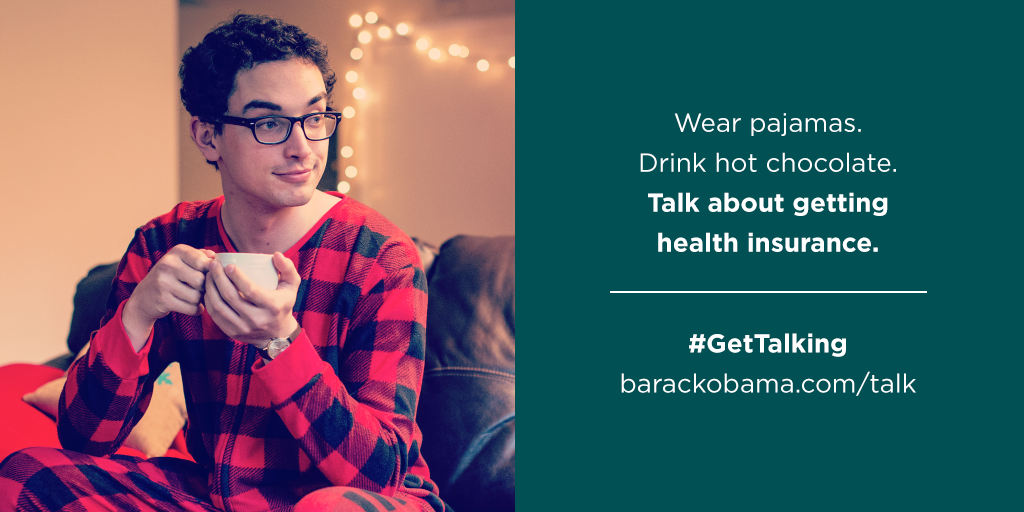 Yesterday, when faced with the footie pajama nightmare that is the latest Obamacare ad, we made this prediction:

This kid is probably just a douchebag who went to a liberal arts college, got a graduate degree in a useless field, put in some time teaching poetry to underprivileged urban youth in a third world country and now dreams of the day when he’ll be asked to host a breakout session at Aspen Ideas.

So not only are we wildly attractive, undeniably witty and unfailingly humble, but we’re smart as sh*t, too. America, meet Ethan Krupp, OFA social content writer, University of Wisconsin-Madison comms school graduate and Pajamacare poster boy.
Via The Washington Times, lest you think we spent actual time digging this up.

You can see all of the lovely photographs gleaned from his personal social media sites here. Rest assured they will substantiate all of your original impressions of Ethan. Or, at least our original impression of Ethan.
UPDATE: Not only does he live in Chicago, which means there’s a horrible-yet-awesome chance we’ll run into him stumbling out of a Clark Street bar after he’s spent countless hours in the Wrigley Field bleachers drinking light beer with his – no doubt – bleach blonde girlfriend decked out in LuluLemon and VS Pink Cubs attire, but it seems he was an absolute blast at college.

We also looked him up in some New Trier alumni directories (apparently, we have a few friends in common as we are both hipster assholes), and his address is listed in a tony North Shore town  (ed. - we’re not interested in facilitating any stalking, you weirdos, so we keep redacting that further), and, courtesy of Google StreetView, we have another revelation: the minivan in the driveway on the home that he probably can’t afford on his own  seems to confirm what many suspected all along. Our fair spokesperson for government health care just might live with his parents.

Hi, my name is Elanor and this man I just met, but barely know, insists that sex was way better before 9/11. That's ridiculous, right?

I wish, IFSOIBLAMEJEWS, I wish. The facts are, a) compared to sex before 9/11, sex after 9/11 is pretty lame b) compared to sex DURING 9/11, mind-blowing sex now is more like a pity reach around from Sean Hannity while he's thinking about Cavuto's hair product on a day when it's not really holding like it should. So yeah, Elanor, your male encounter is on to something.

So that answers the basic element of your question, but now you probably want to know why. I'm a psychosexologist, not a psychosexiatrist, so all I'm accredited to do is review the existent theories and give my best intuition as to each of them. Here's a brief review of the prevailing literature:

The Towers as Phalluses Theory: Essentially, this theory argues that the World Trade Center towers represented America's penis(es). Having your penis(es) destroyed by a bunch of people who probably couldn't even grow chest hair is bound to put a damper on schtup-time.

Reason to believe: In his writing on the history of sexuality, philosopher Michel Foucault consistently connects the pleasure of sexuality with masochism and what he describes as the ultimate pleasure of control: self-destruction. If this is true, it explains why 9/11 was so fucking awesome. If Michel's on to something here, than probably nothing would be more pleasurable for an American than doing it while thousands of Americans met their demise during the violent collapse of your 100-story symbolic penis(es).

Reason not to believe: I only have one penis.

The Losing Another War Theory: Basically, this theory holds that before Vietnam, sex in America was unrealistically good. The psychological version of this theory holds that beating the Indians, British, Spanish, Mexicans, Germans, Japanese and the New Hampshire Separatists gave American men (not from New Hampshire) such immense confidence that even super hot, sexually insatiable 50s housewives (and they were all super hot and sexually insatiable) posed no threat of intimidation. Upon losing a series of wars to people who probably can't grow chest hair, America lost its swagger. The metaphysical version of the theory holds that in beating our previous war enemies, we stole their respective sexual prowesses and added them to our own like some sort of body-soul switching thing. In losing to the chest hairless, we gave our gains back and then some.

Reason to believe: Sort of reminds me of "Vice Versa" starring Kirk Cameron and Dudley Moore... kind of.

Reason not to believe: America has never lost a war.

I Got Fat Theory: This theory suggests that being out of shape has made me less attractive to women and thereby has provided less frequent and less passionate sexual encounters.

Reason to believe: In a roundabout way, it sort of lets me blame the Muslims for me putting on weight. Halal is delicious.

Reason not to believe: Elastic waistbands.

So there it is, IFSOIBLAMEJEWS. Not sure who's fault it it, but don't blame Dr. Lovenstein, he's converting.

Why are we having less sex? Why are study after study showing troubling declines not only in pre-marital sex but in teenage pregnancies, sexually transmitted diseases, and the once reliable teacher-student relationship? With the exception of high-profile cases, we are living in a time of decline in sex and sexual related maladies, both social and physical. But we are living in a time of terror. And it may not be a coincidence that living in a time of terror has coincided with the decline in American sexual activity. Was sex better before 9/11 than after it? What were the sex statistics for Vietnam versus the current Iraq War? The problem is that we may never know the truth.

Has Al Queda taken away our lovin' feeling? Simply put, yes. Unlike Israel, America has not faced terror long enough to adapt to the existential blue balls power of terrorism. And we must not become the Russians in Chechnya. No baby has been born there in seven years.

So that leaves us two options as a country. We either pull out right now, and don't even risk creating any more problems, or we can stay in, stay the course, and feel it out until we are used to it. Once we get used to it, we can start to learn new tricks and get even better at it. Maybe even add some new moves Israeli's haven't even come up with yet. If we do that there is a chance yet that the 'War on Terror' will not destroy America's libido along with our credibility.