2013 Will Finish One Of The Ten Coldest Years In US History, With The Largest Drop In Temperature 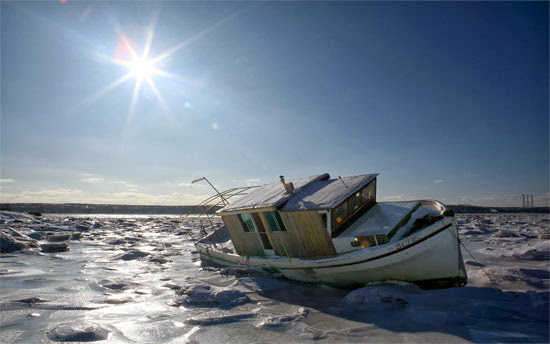 Before NASA and NOAA start tampering with the data, 2013 is one of the ten coldest years  in the US since 1895, and has had the largest year over year decline on record.

NOAA of course won’t talk about this, and will massively tamper with the data before releasing it.

The graph below is the monthly average of all daily high and low temperatures at all NOAA USHCN stations. 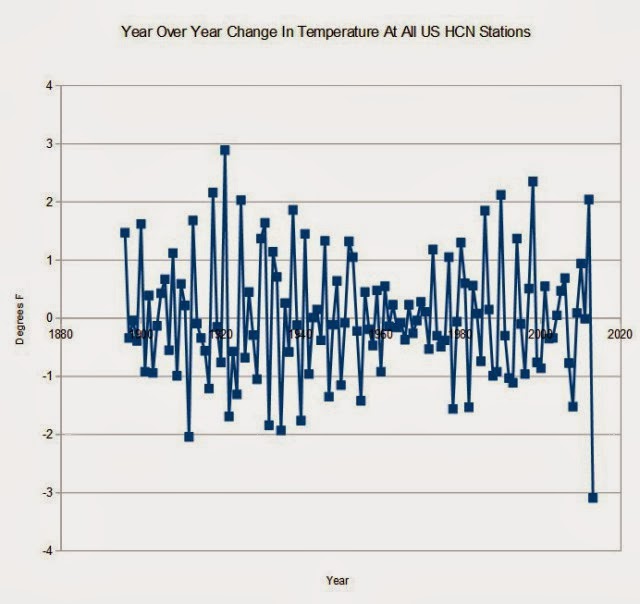 NOAA IS already spinning it:

Government scientists reported Tuesday that last month set a heat record. They say it was the warmest November on record, across Earth, since record-keeping began in 1880.

It was the 37th consecutive November with above-average temperatures. The last below-average November was in 1976.

It was also the 345th straight month with above-average temperatures. That's almost 29 years.

Among the November hot spots: much of Eurasia, Central America and the Indian Ocean. In Russia, it was the warmest November on record. But parts of North America were cooler than average.

Of course, the Left will spin this cold snap as more evidence of global warming. Agenda, agenda, agenda!

Well, if what NOAA says is true, then it's true. If we have had 345 straight months of above average temperatures on Earth, well then, we have.

I doubt it though. I don't trust them.

As i said before better stock up on those Winter wooleys.