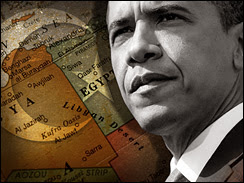 
A powerful explosion believed to be caused by a car bomb rocked a police headquarters in a Nile Delta city north of Cairo early Tuesday, killing at least 14 people and injuring scores, according to the state news agency and a security official.

The interim government accused the Muslim Brotherhood of orchestrating the attack, branding it a “terrorist organization.”

The attack came a day after an al-Qaeda-inspired group called on police and army personnel to desert or face death at the hands of its fighters.