Knock Out Game Thug Who Attacked 7 Women: I Slugged 6 In “Self Defense” 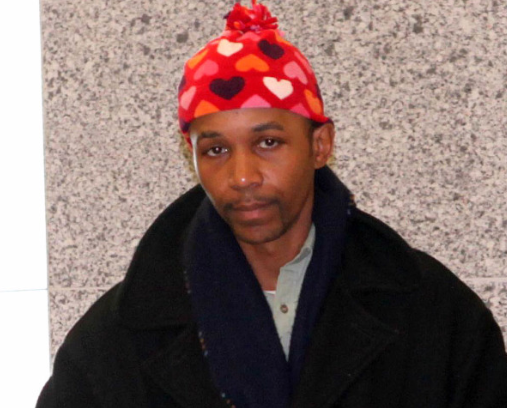 
An unhinged Brooklyn man accused of punching seven women — including a 78-year-old — in brutal “knockout” attacks last year told cops he attacked six of them in “self-defense,” and hit another woman because she almost made him spill his Dunkin’ Donuts coffee, court papers revealed Wednesday.

Barry Baldwin, 35, hit the women in seven separate attacks in Canarsie and Midwood between Nov. 7 and Dec. 27, court papers state.

His Jan. 3 arrest came in the midst of a slew of possible “knockout game” attacks — in which innocent people are sucker-punched by thrill-seeking punks — including multiple attacks against Orthodox Jewish and Hasidic people in Brooklyn and a rash of attacks on Long Island.

I wonder if these fools realize the disfavor they do to themselves. This particular person I'm talking about was the unhappiest woman I ever saw, always complaining, and claiming segregation. It was completely foolish because we worked in a multicultural environment, and people were extremely pleasant to each other. The problem with her was that she was unbearable, regardless of the color of her skin. Nobody wanted to have anything to do with her.

Wow. How sad. I'm glad to hear nothing came of her accusation.

Thanks for sharing the story. It helps me understand where you're coming from.

It seems to me there is a lot of racial paranoia in the black community. A lot of it is based on some real incidents that have happened to people they know, which truly are unfair, and a lot of it is simply the kind of excuse-making and justification that happens when a person is on a losing streak.

The thing is, when other people come in contact with this paranoia, it breeds paranoia. In other words, as a white person, when I meet a black person who is paranoid about me, thinking I will have this or that opinion or behavior, just because I am a white person, then I tend to become hyper-sensitive about the way I might be perceived. This leads to what I think of as the postmodern white Steppin Fetchit behavior where white people bend over backwards to prove they are not racist.

And then, the more we do that, the more black people think we're out of our fucking minds. If, for instance, a man you know is constantly going out of his way trying to prove how masculine he is, because he is afraid you're going to think he is gay, well, then you're going to start thinking either, 1) he is nuts, or 2) maybe he really is gay, and he's just trying to cover it up.

That's what the postmodern white Steppin Fetchit crapola does. Black people start to think we might really be racist because we're trying so hard to prove we're not.

And, of course, demands like the one in this article, where we are not supposed to talk about what color a person is, when the subject is a crime committed; policies like that only breed more paranoia and insane behavior.

It's kind of a like a bad marriage, where cheating is involved, and divorce has been discussed. How does one ever overcome all the suspicions that are flying back and forth? I don't know.