The Islamization of Germany in 2013 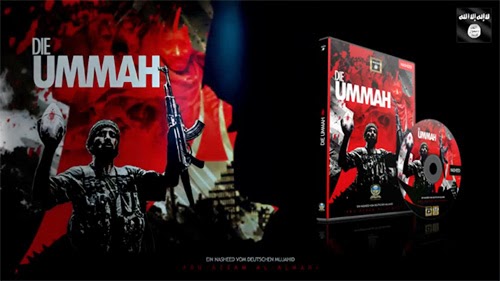 From The Gatestone Institute:


In December, two new studies, one funded by the German government, found that the majority of Muslims believe that Islamic Sharia law should take precedence over the secular constitutions and laws of their European host countries.

"Critics of Islamic ideology and its organizations are constantly confronted with lawsuits and have to legally defend themselves against the accusations of blasphemy or incitement-to-hatred. Even if it does not come to a conviction, such processes cost a lot of time and money…Thus... we are experiencing a de facto application of Islamic law." — Felix Strüning, Gustav Stresemann Foundation Report. "

[It] must be recognized: democracies must beware of those who believe a free society is something that needs to be vanquished." — Die Welt.

What follows is a chronological review of some of the most important stories about the rise of Islam in Germany during 2013:

In January, the Turkish-run Kuba Camii Mosque in Eschweiler, a city situated along the German-Belgian-Dutch border and about 50 kilometers (30 miles) west of Cologne, for the first time began publicly calling Muslims to prayer.

The call to prayer was described as an "historical event" and was attended by numerous dignitaries, including the Turkish consul and the Turkish attaché.

The Turkish imam of the Kuba Camii Mosque, Bahri Ciftci, declared his hopes that "the public prayer call will be a symbol of a tolerant, intercultural and interreligious common coexistence."
The mayor of Eschweiler, Rudi Bertram, said, "Tolerance must be practiced on a daily basis. We are all responsible for ensuring that there is a co-existence."

The mosque is one of a growing number of Islamic institutions in Germany publicly calling the Muslim faithful to prayer—five times a day, seven days a week—with cries of Allahu Akbar! ("Allah is Greater!").

The sonorous prayer calls (known in Arabic as adhan) can be heard from great distances when amplified through electric loudspeakers. Critics say some German towns and cities are beginning to evoke the sounds and images of the Islamic Middle East.

On January 14, the City-State of Bremen signed a so-called state treaty with city's 40,000-strong Muslim community. The agreement guarantees the protection of Muslim community properties, the approval of the construction of mosques with minarets and domes, the allotment of land for Muslim cemeteries, the supplying of halal food at prisons and hospitals, the recognition of three Muslim holidays, Muslim representation in state institutions and several other rights and privileges.

According to Erol Pürlü, the spokesman of the Koordinationsrat der Muslime [Muslim Coordination Council], a Turkish-Muslim umbrella group, the treaty with Bremen "sends a clear signal that Islam belongs to Germany."

Bremen is the second German state to sign a treaty with local Muslim communities. Hamburg, the second-largest city in Germany, concluded a "historic treaty" with the city's 200,000-strong Muslim community in November 2012.

Critics say the agreements do little to encourage Muslim integration into German society and instead will boost the growing influence of Islam in the country by encouraging the perpetuation of a Muslim parallel society.

Also in January, a court in Berlin convicted two Islamists of being members of al-Qaeda and sentenced them to a combined 15 years in prison.

Yusuf Ocak, 27, from Lübeck, Germany, and Maqsood Lodin, 23, an Austrian of Afghan background, were assigned by al-Qaeda to collect money and recruit members for the terrorist group in Europe. Ocak was arrested in Vienna and Lodin in Berlin in May 2011.

At the time of their arrest, police uncovered a treasure trove of intelligence, including more than 100 al-Qaeda planning documents that described some of the terror group's most audacious plots and a road map for future operations. Future plots include the seizing of cruise ships and carrying out other large-scale terrorist attacks in Europe.

Meanwhile, German security officials warned that the country's support for France's fight against Islamists in Mali had increased the risk of a terrorist attack targeting German interests both at home and abroad.

Citing a classified government report, the daily Bild said on January 29 that more than 100 German Islamists are believed to have received paramilitary training at terrorist training camps abroad, and that half of that group had already returned to Germany. The classified report said the militants included many German converts to radical Islam who have received training from al-Qaeda on how to plan attacks as "autonomous cells" in Germany.

In February, Muslim plans to convert the Kapernaumkirche [Capernaum Church]—a former Lutheran church in the city of Hamburg—into a mosque, generated controversy across Germany.
From Berlin to Dortmund to Mönchengladbach, the proliferation of mosques housed in former churches reflects the rise of Islam as the fastest growing religion in post-Christian Germany.

Major German newspapers greeted the news with apparent resignation, and published editorials with titles such as "When Mosques Replace Churches," "Tenant Allah," "Christian on the Outside, Muslim on the Inside," and "The New Normal."

In a three-minute video posted on the Internet (the video has since been removed), the man can be heard singing in German an Islamic a cappella battle hymn known as a nasheed.

"We want to see Obama and Merkel dead!" he sings. "Our troops are already there [in Germany], what joy. You'll bleed, your heads will roll! ... Oh Allah, give the German people what they deserve!"