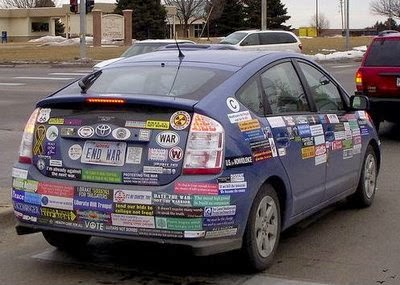 
A new study from North Carolina State University indicates that even a sharp increase in the use of electric drive passenger vehicles (EDVs) by 2050 would not significantly reduce emissions of high-profile air pollutants carbon dioxide, sulfur dioxide or nitrogen oxides. “EDVs” is a catch-all term that includes hybrid, plug-in hybrid and battery electric vehicles.

“We wanted to see how important EDVs may be over the next 40 years in terms of their ability to reduce emissions,” says Dr. Joseph DeCarolis, an assistant professor of civil, construction and environmental engineering at NC State and senior author of a paper on the new model.

“We found that increasing the use of EDVs is not an effective way to produce large emissions reductions.”

The researchers ran 108 different scenarios in a powerful energy systems model to determine the impact of EDV use on emissions between now and 2050. They found that, even if EDVs made up 42 percent of passenger vehicles in the U.S., there would be little or no reduction in the emission of key air pollutants.

“There are a number of reasons for this,” DeCarolis says. “In part, it’s because some of the benefits of EDVs are wiped out by higher emissions from power plants. Another factor is that passenger vehicles make up a relatively small share of total emissions, limiting the potential impact of EDVs in the first place. For example, passenger vehicles make up only 20 percent of carbon dioxide emissions.

“From a policy standpoint, this study tells us that it makes more sense to set emissions reductions goals, rather than promoting specific vehicle technologies with the idea that they’ll solve the problem on their own.”

Doug Ross comments: When the complete history of the "green" movement is written, it will go down in history as the greatest wealth transfer scam in the history of the world.
Posted by Pastorius at 8:36:00 pm

Our household makes use of two (much maligned by public) hybrid vehicles . . .but NOT out of concern for carbon emissions. After 9/11 we decided to severely cut back in our personal contribution to ME oil barons (jizyah) as much as possible. Driving nearly a hundred miles every day, this was a substantial savings at the pump for us...and it clearly impacted the balance of cost required to make domestic drilling/fracking possible. The tables are turning against the ME oil barons and I take great satisfaction in my efforts as well as my investment in fracking shares.
FWIW . . . the Prius is a roomy and cost effective vehicle. Admittedly, one son won't be seen driving one if his life depended on it . . .not cool enough . . .lol . . .yet it gets him where ever he needs to be so long as I'm driving. He'll come around once he sees how far his own dollars get him.

The reason Fracking became feasible is because the per barrel price of oil went up to a point where fracking was cheaper than Saudi oil.

Thank God for Fracking. We are slowly destroying Saudi with Fracking.

"Fracking became feasible is because the per barrel price of oil went up to a point where fracking was cheaper than Saudi oil."

Yes. And OPEC raised the price while cutting production to artifically inflate the price per barrel when demand began to drop.

OPEC dug it's own grave, one grain of sand at a time.

Ok, now I see what you're saying, and of course, on the larger point, you and I are in agreement anyway.

What have I been saying, Muslims ARE digging their own graves left, right and center.

Apparently the international energy agency(?) predicted that the US was going to take over Saudi Arabia as the biggest oil producer in 2020. However, the US became the biggest producer of oil in September, 2013. So many folks have been so wrong about all of this. This is like all those news channels predicting that China was going to be the biggest super power by the year 2000. BBC had programs about how to learn Chinese since that was going to be the future in the 21st century, or some shit like that.

Anyway, here's an interesting article. I just liked the chart that shows how energy exports have skyrocketed:

Notice how they are always wrong AGAINST THE US AND FOR OUR ENEMIES.

They predict China will take over - it doesn't.

They predict we won't become energy independent until way in the future, we beat the estimate by years.

And they hardly reported on the fact that it happened.