Five Reasons Why Islam is a Cult 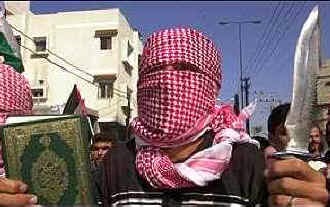 From Gates of Vienna:

1. A Muslim who quits Islam has to worry about being killed by another Muslim.
This is the first rule of Islam. This is why so few Muslims quit the faith. This simple fact — alone — makes Islam a cult. It is hard to understate the significance of this cold hard fact about Islam.
This practice is widely followed today throughout the Islamic world. The most frequently quoted Islamic theological source is Sahih Al-Bukhari Number 6922:

Allah’s apostle said, “if anyone changes his (Islamic) religion, then kill him.”

WikiIslam.net says the following: “the rejection of faith, is a serious offense in Islam. The punishment for apostasy as prescribed by Prophet Muhammad is death”.
Don’t let any Muslim try to deny this fact by quoting the Islamic phrase “there is no compulsion in religion”. All Muslims know the Islamic doctrine of “abrogation” negates this phrase. And Muslims only use this phrase when they are trying to deceive non-Muslims
In Afghanistan, NATO had to use a promise of asylum in Europe to get Said Musa out of prison for the crime of converting to Christianity.
The Middle East Media Research Institute (MEMRI.org), in clip #3926, translated a broadcast from Al-Arabiya TV on June 14, 2013, which quotes Egyptian Islamist Abu Al-’Ela Abd Rabbo, one of the assassins of secularist Farag Foda in 1992:

Interviewer: What was the religious justification for the assassination of Farag Foda?
Abu Al-’Ela Abd Rabbo: The punishment for an apostate is death, even if he repents.

I usually don't care much for labeling of things...if its horrible, people will see that its horrible.

BUT this post is actually very nicely written and to the point.