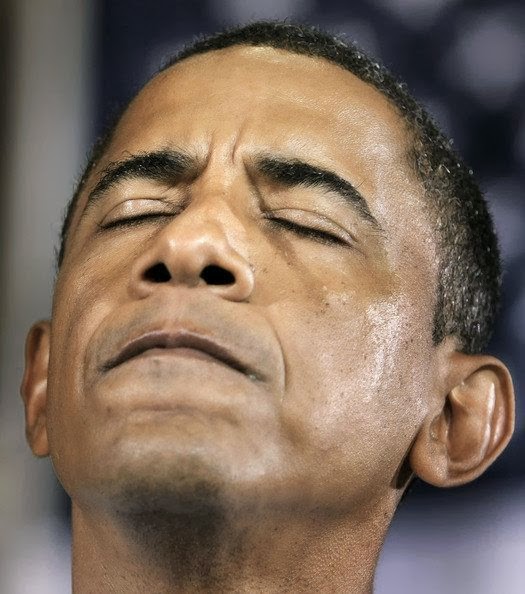 Nevertheless, I think he's pretty accurate on this one.


Does Barack Obama have a strategy? He is often criticized for being adrift. Nonetheless, while Obama has never articulated strategic aims in the manner of Ronald Reagan or the two Bushes, it is not therefore true that there is no “Obama Doctrine.”

Indeed, now that he has been in office five years, we can see an overarching common objective in otherwise baffling foreign-policy misadventures.

Collate the following: large defense cuts, the president’s suspicions that he is being gamed by the military, the pullout from the anti-missile defense pact in Eastern Europe, the pressure on Israel to give new concessions to its neighbors, the sudden warming up with an increasingly Islamist Turkey, the failed reset with Russia, radical nuclear-arms-reduction talks, the abject withdrawal of all U.S. peacekeeping forces in Iraq, the timetable withdrawals in Afghanistan, the new worries of our Asian and Middle Eastern allies, the constant euphemisms on the war on terror, the stepped-up drone attacks, the lead-from-behind removal of Moammar Qaddafi, the pullaway from Mubarak in Egypt, the support for Morsi and the Muslim Brotherhood, the pink lines in Syria, the Iranian missile deal, the declaration that al-Qaeda was on the run and the war on terror essentially ending, the Benghazi coverup, and on and on.

Does such American behavior display any consistent strategic coherence? I think it most certainly does.

The Obama administration believes that past administrations’ strategic objectives and the methods of achieving them not only were flawed, but led to the sort of world that is not in our interests as defined by the Obama team. The contemporary world landscape is an unfair place. “Have” nations exploit the “have-nots,” in large part because of the rigged postwar system of free-market commerce, alliances, and politics that the United States created.

While it would be dangerous and indeed impossible to abruptly disown our responsibilities — we can still hunt down bin Laden, kill terrorists with drones, and jawbone rogue dictators — we can begin to withdraw our sponsorship from the mess that, in a variety of ways, we were responsible for.

Our past and most secure alliances — the special relationships with Britain and Israel especially — are now seen as having alienated more people than they encouraged. Islamist movements in Turkey and Egypt were either inevitable or justified, given historical grievances against the West and the fact that they reflect grass-roots indigenous support.

Trevor Loudon suggests that Sen. Ted Cruz (R-TX) should be the leader of the future conservative presidential team . . .“If I were Ted Cruz, I’d go out there now and starting picking my team,” Loudon said. “I’d go to Allen West and say ‘I want to make you my VP.’ For the libertarians, I’d go to Rand Paul and let you do what you do. For Secretary of Energy, Gov. Sarah Palin. Drill, baby, drill!”

Rep. Jim Bridenstine (R-OK) should be the Secretary of Defense, Dr. Ben Carson the Secretary of Health and Human Services, radio’s Mark Levin the Attorney General, and David Barton of Wallbuilders the Secretary of Education, Loudon argued. “Ambassador to the United Nations, no one,” he added, prompting one of many standing ovations the hundreds of Tea Party activists in the room gave him.