Toronto: Muslim, Farshad, Slits Girlfriend Catrina's Throat From Ear To Ear And Sets Her On Fire 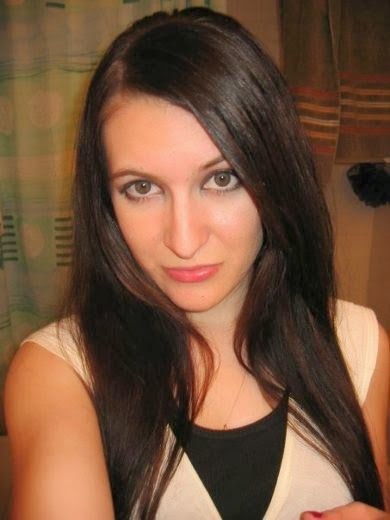 "But, he had a lot of money, and he drove a Porsche"

TORONTO — A killer slit a university student’s throat from ear to ear and set her on fire, a jury heard Monday.

In her opening to the jury, Crown attorney Jennifer Stanton said Farshad “Shawn”Badakhshan, who was dating the victim, trapped Carina Petrache, 23, in his basement bedroom at his Toronto home by lighting a fire on July 2, 2010.

Badakhshan, 30, has pleaded not guilty to first-degree murder. He contends he’s not criminally responsible because he suffered from a mental disorder at the time.Stanton said some of Petrache’s friends didn’t approve of her relationship with Badakhshan, describing him as “jealous and controlling.”

She planned on going swimming with an ex-boyfriend and a girlfriend on the day she was attacked, court heard. Petrache lived in the same building — which contained several rooms and self-contained apartments — as Badakhshan.

The pair had started dating after she moved into the building. But their relationship was “tumultuous” as Badakhshan objected to her socializing with others or without him. Petrache’s friends implored her to end the relationship, said Stanton.

He “trapped her in his basement bedroom” and stabbed her in the torso and slit her throat “ear to ear,” the Crown said. He set her ablaze and in the struggle “also got caught on fire.”

The accused disarmed the downstairs smoke detector by removing its batteries and four separate fires were started, court heard.

The bleeding and burning victim eluded her attacker and staggered upstairs with the blazing Badakhshan pursuing her.

Another tenant heard a moaning sound, before seeing Petrache “covered in blood and on fire” as she walked into the kitchen and collapsed, court heard.

The burning Badakhshan entered the kitchen and sat down on a chair. The frantic tenant tried to extinguish both burning people and shouted “fire” to alert the other tenants.Petrache died of her neck wound and burns, which engulfed 60% to 70% of her body, en route to the hospital, court heard.

The badly-disfigured accused lost his left leg, most of his ears and the top of his scalp.When a firefighter asked the dying, bloodied woman if someone did this to her, “she nodded in the affirmative,” said Stanton.