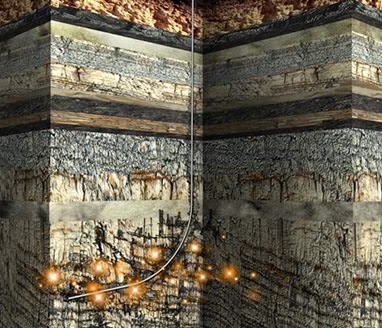 This is some important shit. Check it out.

The Muslim world is about to take a big hit, and it is directly the result of American Capitalism.

It is not because of Obama, or our war policy, or because Americans are, or are not aware of Sharia law and the evils of Islam.

It is because Capitalists believed that with investments in Fracking technology, they could bring oil up from the Earth that was never previously thought to be recoverable.

Fifteen European refineries have closed in the past five years, with a 16th due to shut this year, the International Energy Agency said, as the U.S. went from depending on fuel from Europe to being a major exporter to the region.


Nigeria, which used to send the equivalent of a dozen supertankers of crude a month to the U.S., now ships fewer than three, according to the U.S. Energy Information Administration.


And cheap oil from the Rocky Mountains, where output has grown 31 percent since 2011, will soon allow West Coast companies to cut back on imports of pricier grades from Saudi Arabia andVenezuela that they process for customers in Asia, the world’s fastest-growing market.


“I don’t really think anyone saw this coming,” said Steve Sawyer, an analyst with FACTS Global Energy in London.

Au contraire! The Astute Bloggers has been reporting on this for at least five years.

Here, back in 2009, I reported on how the technology had been developed to make this oil recoverable.
Everyone should read the Astute Bloggers.

Back to the story.

“The U.S. shale boom happened much faster than people thought. We’re in the middle of a new game. There’s nothing in the past that predicts what the future will be.”

Advances in extracting oil from shale rock drove a 39 percent jump in U.S. production since 2011, the steepest rise in history, and will boost output to a 28-year high this year, according to the EIA. While drilling in shale is more expensive than other methods and poses environmental challenges, the prospect of a growing supply is encouraging analysts to predict a more energy-independent nation.

I want to add something. Europe was hardest hit at first by this boom in American Oil and Technology.

And that is unfortunate.

But, while I am not sure of the reason, one can bet it's because of European Government regulation of the oil industry driving the base price of oil production above market value.
Posted by Pastorius at 1:59:00 am

"US cuts back on Nigerian crude"...Actually this part, while perhaps inevitable, is NOT good news.

Why is that? To some extent, I would agree, but I want to hear your opinion.

Nigeria needs the revenue. That country could collapse into another Congo in short order. Even worse since the primary source of instability is Islam. Imagine what's going on in CAR on a Nigerian scale.

The Nigerian government is every bit as corrupt as you can imagine but by African standards it's not bad. Oil is the only real "cash crop" they have.

Hmm. That gives me something to think about.

In other words, is it the case that the less oil we buy from Nigeria, the more instability happens in Nigeria?

The reason I was going to give for continuing to buy from Nigeria is INFLUENCE.

As long as we buy from them, we have, at least, some influence.