America, The Totalitarian State: Sheryl Attkisson Says, CBS Honchos Ordered Me to Present a False Account of Obama's Words on Whether Benghazi Was a Terrorist Attack 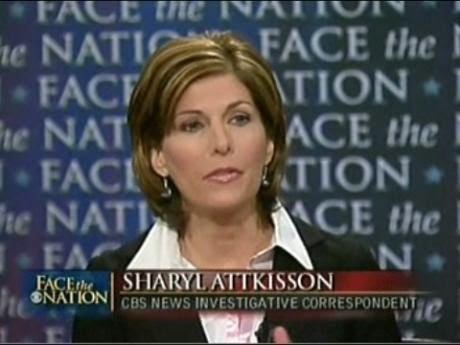 
As you remember, Obama denied repeatedly that Benghazi had been a terrorist attack, but eventually facts leaked out making this position untenable.

He then asserted in his Denver debate with Mitt Romney that he had called it a terrorist attack from the get-go. Not so.

And CBS had an interview with Obama conducted the day after the attack showing Obama refusing to call it a terrorist attack.

But they ordered Attkisson, she says, to go with a quote that made it sound as if he had told Steve Kroft it had in fact been a terrorist attack.

I don't know about you, but when I was growing up, and I was assigned to read 1984, and other literary commentaries on Totalitarianism, somehow, I got the idea that Totalitarianism was thoroughly evil.

And, it is. Trying to steal away people's reality, by controlling their perceptions of the world around them, yes, that is evil.

But somehow I got the idea it was a visceral evil. A foreboding evil. An evil you could feel and smell all around you.

But instead, it is this.

It is the world we live in.

And while we may be frustrated with it to the point where our blood boils, it does not feel evil.

It just feels taunting, insulting, and degrading. Like a playground bully whom you're much, much bigger than, but somehow you're not allowed to give a payback roundhouse.

Now, let us remember the context of this fabricated story about Obama. The context, as you probably well remember, is the 2012 Presidential Election.

And during that Election there were debates between the candidates. And Romney just kicked Obama's ass all over the place in the first debate.

But then, in the second debate, against every rule of debate and decorum, CBS' Candy Crowley interrupted the proceedings and interjected this:

So CBS manufactured the story for Obama, and CBS had their "moderator" Candy Crowley assert said story as the new reality, and they hit Romney over the head with it, leaving him no way to respond against such absolutely asinine counter-truth.

And America has never been the same since.

So yeah, the evil is not visceral, but it's right there in front of my fucking face.

It's Spiritual Ebola, churning the guts of logic and reason to a bloody, pulpous mess.