The Climate Change Blues: Climate Scientists Suffering From “Pre-Traumatic Stress Disorder” Because No One Takes Their Predictions Seriously 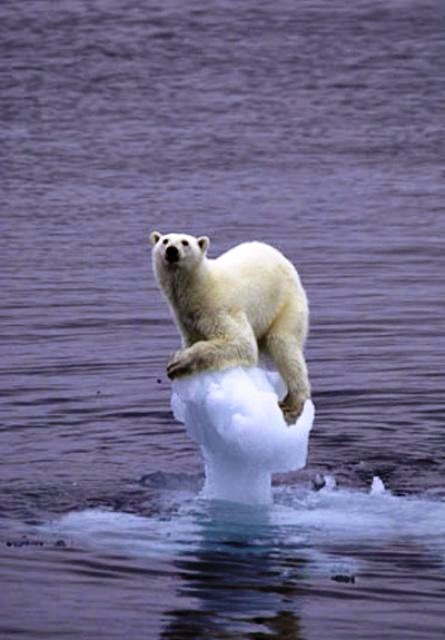 This is what happens when you keep trying to push the same scam for years on end.


Two years ago, Camille Parmesan, a professor at Plymouth University and the University of Texas at Austin, became so “professionally depressed” that she questioned abandoning her research in climate change entirely.

Parmesan has a pretty serious stake in the field. In 2007, she shared a Nobel Peace Prize with Al Gore for her work as a lead author of the Third Assessment Report of the Intergovernmental Panel on Climate Change (IPCC).

In 2009, The Atlantic named her one of 27 “Brave Thinkers” for her work on the impacts of climate change on species around the globe. Barack Obama and Mark Zuckerberg were also on the list.

“In the U.S., [climate change] isn’t well-supported by the funding system, and when I give public talks in the U.S., I have to devote the first half of the talk to [the topic] that climate change is really happening,” says Parmesan, now a professor at Plymouth University in England.

Parmesan certainly isn’t the first to experience some sort of climate-change blues. From depression to substance abuse to suicide and post-traumatic stress disorder, growing bodies of research in the relatively new field of psychology of global warming suggest that climate change will take a pretty heavy toll on the human psyche as storms become more destructive and droughts more prolonged.

For your everyday environmentalist, the emotional stress suffered by a rapidly changing Earth can result in some pretty substantial anxieties.

“I don’t know of a single scientist that’s not having an emotional reaction to what is being lost,” Parmesan is quoted saying in the National Wildlife Federation’s 2012 report, “The Psychological Effects of Global Warming on the United States: And Why the U.S. Mental Health Care System is Not Adequately Prepared.”

“It’s gotten to be so depressing that I’m not sure I’m going to go back to this particular site again,” she says, referring to an ocean reef she has studied since 2002, “because I just know I’m going to see more and more of it dead, and bleached, and covered with brown algae.”

Lise Van Susteren, a forensic psychiatrist based in Washington, D.C. — and co-author of the National Wildlife Federation’s report — calls this emotional reaction “pre-traumatic stress disorder,” a term she coined to describe the mental anguish that results from preparing for the worst, before it actually happens.

CLIMATE CHANGE is NATURAL you FOOL Wake up get a life ENJOY the wonderful world we live in.Do something useful FIGHT THE SPREAD OF islam <:o)

I thought you were gonna tell me what a bad uguugolizer I am.