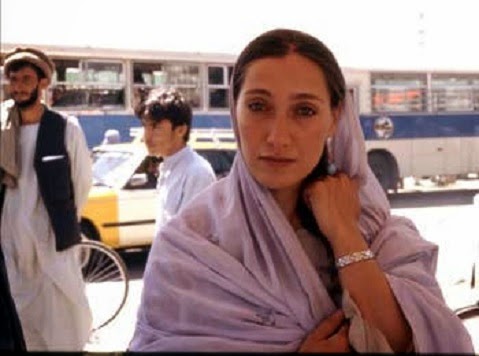 "Moderate Muslim" - And a Bangin' Babe At That

This woman is a leading Muslim journalist in Canada. She is not fringe at all.

I mention that she is "bangin", because I think it is important to recognize that the way a person appears has very little to do with whether they are a "moderate" or a radical.

In other words, the nice Muslim next door, with the shiny happy family ... yeah, they might very well be just like this god damned bitch.

I mean, what are you going to do with people like this?

I guess they're just another one of the minor inconveniences we have to put up with for the pleasure of living with all the reasonable Muslim immigrants we keep importing from Sharia Shitholes around the world.


Afghan-Canadian journalist Nelofer Pazira hastold theIndependent that yesterday’s attack in Ottawa happened because the country’s Conservative Prime Minister Stephen Harper “pushed Canada into joining the US-led war in the Middle East”.
She claimed that the country had “become divided” when the government put a group of Muslims on a watch list, and suggested the running over of a soldier earlier this week was in retaliation.
Paziri said: “Harper’s pro-American policies appear to have turned Canada – and indeed the seat of political power in the capital Ottawa – into a target. Now Canadians will not only be worried about travelling to Europe, America or the Middle East – but wondering if they’re even safe inside their own homes.”

And while we're on the subject:

1 send her back to her ancestral home to live.
2 blaming Canada for the attack is like blaming the wife whose being beaten by her abusive husband

OT, but related:
I missed this when it was published:

JudicialWatch.org: DHS Emails reveal US May Have Terrorist "Hands Off" List May 09, 2014

With the likes of Trudeau, I would not be surprised to discover Canada has similar situation.