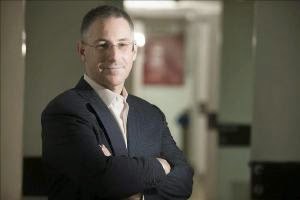 And His Name Even Rhymes With Nobel

From the Latin America Herald Tribune:


JERUSALEM – Leslie Lobel, a virologist at Israel’s Ben-Gurion University, is not surprised by the current epidemic of Ebola in West Africa and says that sooner or later it would have happened.

For the past 12 years, Lobel has studied several strains of the deadly virus in his lab at the Israeli university, in coordination with the Virus Research Institute in Uganda, where he travels several times a year.

His research focuses on analyzing survivors and studying how their bodies become immune to the disease thanks to human monoclonal antibodies that have neutralized the virus and could serve to develop a long-awaited vaccine.

“In the last four years we have gathered a host of human antibodies that can neutralize the Ebola and Marburg hemorrhagic fever viruses,” he told Efe.

His team, which has isolated antibodies from survivors, expects an effective “global vaccine” to be available within approximately five years for different strains of the virus.

Although the World Health Organization (WHO) hopes that a vaccine to contain the spread of the current epidemic could be ready in early 2015 for use in Africa, the scientist believes the announcement is quite rash.

“We cannot produce cures in that accelerated manner. It is simply not realistic, no matter how much money is invested,” he argues vehemently.

The U.S. Army currently has an active vaccine available, but Lobel’s goal is to create anti-bodies from components produced by the human immune system, which would make fighting the virus faster and more effective.

Originally from New York and educated at Columbia University, the Ebola expert, who emigrated to Israel in 2003, is the only academic researcher on the subject outside the United States.