EU Tyranny: New Law against Democratically Dismantling EU from Within 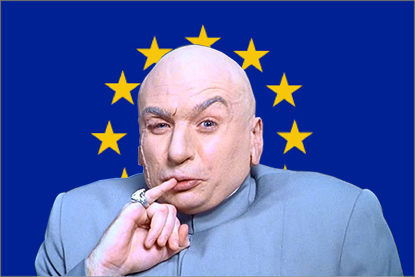 It looks as if this new law is meant to serve as a severe roadblock to parties that would like to dismantle the EU in a democratic and peaceful way from within. A rather dull semantic trick pro-EU figures usually apply, is calling their opponents "anti-Europe."
Two years ago, the European Commission proposed a law that would authorize an "independent authority" within the European Parliament [EP] to decide whether EP parties would receive an official legal status as EP parties. This legal status is needed for a party to obtain EP party subsidy, which is designed to cover 85% of party expenditures.
Despite a British and Dutch lobby against the law, it was passed by the EP on September 29, 2014.
Among the demands parties have to meet are that of "internal party democracy" and that they must "respect the values on which the European Union is based."

The law states that: "decisions regarding a party's respect for values on which the EU is based, may only be taken following a special procedure and in cooperation with a committee of independent prominent individuals."
Posted by Pastorius at 2:47:00 pm

Rather a fancy way of describing "Tyranny".