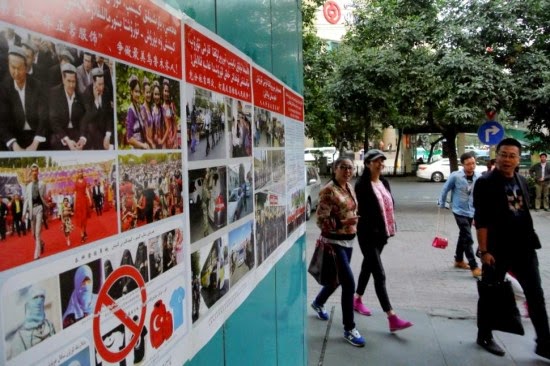 Not a Zionist in site for thousands of miles.

And yet, for some reason, Muslims are still killing people in China.


Fifteen people have been killed and 14 others wounded in a “terrorist attack” in China’s mostly Muslim Xinjiang region, the official Chinese news agency said Saturday.

A group of “terrorists” launched an attack on civilians Friday in Shache county, leaving four people dead and 14 wounded. Eleven “terrorists” were also shot dead during the violence, according to CCTV, China’s state broadcaster.

Eleven of the attackers were killed by police who were patrolling in the area. Explosives, knives and axes were seized at the scene.