Sharyl Attkisson's Name Appears Only Once In 40,000 Pages of DOJ Emails ---MIS-SPELLED--- 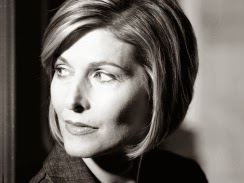 Powerlineblog: What is DOJ hiding about its targeting of Sharyl Attkisson?

I wrote last night about Judicial Watch’s bombshell revelation that Eric Holder’s office collaborated with the White House to try to force Sharyl Attkisson off the Fast and Furious investigation. (If you haven’t read that post, you should start there.) We know this because this email thread, which was among the documents that DOJ produced to Judicial Watch. The thread is a conversation between Tracy Schmaler, Eric Holder’s press person, and Eric Schultz, a White House staffer. (Schultz, by the way, is the White House aide who screamed and swore at Attkisson over the telephone.) The bottom email, which refers to “Sharryl,” is first in time: 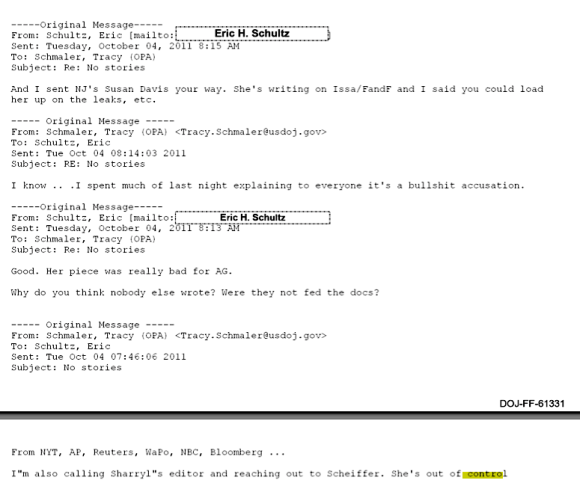 The funny thing is that the reference to “Sharryl” in the first email comes from out of the blue. It is obvious that Schmaler and Schultz had been talking about Attkisson and that the first email we see is the middle of a conversation, not the beginning. Yet, a search of the 40,000 pages produced by DOJ does not include a single additional reference to Attkisson. With the single exception of the email above, her name appears only when she is referred to in a news story that is reproduced in an email. Strange.
A reader writes with a theory:

The reason that this reference to Sharyl Attkisson made it into this document dump is that her name was mis-spelled (Sharryl rather than Sharyl). There are assuredly more emails about this that were searched for and deliberately withheld. They apparently did not search for this particular mis-spelling of her name.

Bingo. I think he is right. Someone at DOJ systematically searched for references to Sharyl Attkisson and pulled out all emails where DOJ and White House personnel were talking about her and, as we now know, how to block her Fast and Furious investigation. A single email, which gave away the game, slipped through because her name was mis-spelled.
It is harder than many people realize to cheat on a document production. Judicial Watch and others should now start hounding Eric Holder to release the rest of the story–the other emails where Holder’s DOJ and Barack Obama’s White House plotted to kill the Fast and Furious investigation by, among other things, influencing senior managers at CBS News.
Posted by Pastorius at 2:49:00 pm