Police took to railway stations today to tell passengers what to do in the event of a Mumbai-style terrorist attack at one of Britain’s busy terminals.
The day after the government warned that the threat to Britain from Islamist fanatics was ‘greater than ever’, officers handed out leaflets telling the public to ‘run, hide and tell’ if they are caught up in an attack.
The flyer, which has been attacked as ‘scaremongering’ by critics, shows images of worried-looking people running down flights of stairs, cowering in the dark and anxiously talking on their mobile phones. 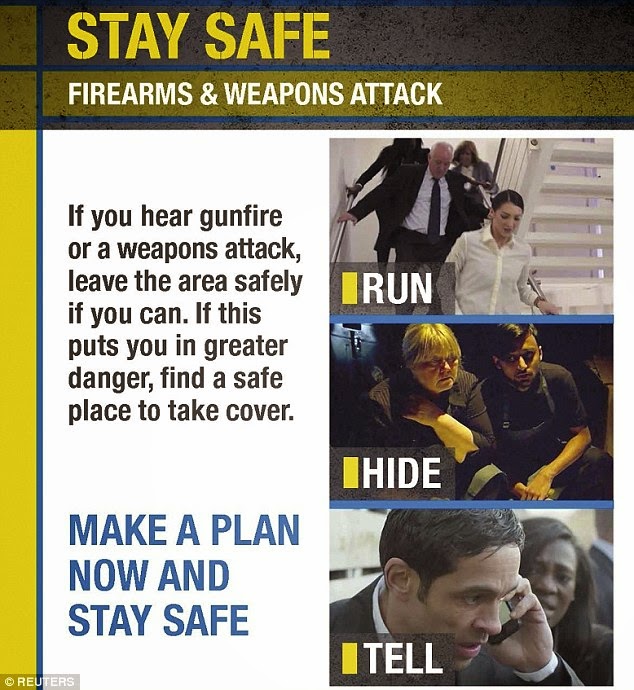 Pastorius,
You know how they say that he who controls the language controls the argument. The Islamsists and leftists are against Israeli settlement in the West Bank. (I know, they're against Israel altogether, but leave that aside for now). Anyway, there's a greater settlement project going on now in Europe--Muslim settlements. These areas are called no-go zones or enclaves. Muslim immirants gradually take over the area and then impose sharia a/k/a Muslim law and keep the local authorities out. They aspire to expand these areas, establish new settlements, and some day take over the host country. It's not that hard to document the process--for example:

Wherever I post, I will start calling these areas "settlements". As in--ok, I understand you oppose Israeli settlements in the West Bank a/k/a Judea and Summaria. On the other hand, I oppose Muslim settlements in the UK, Belgium Holland, France and so on. We just have a difference of opinion on which settlements we oppose.
sandbox

I'm going to use your suggestion and run with it too.