OBAMA: BEHEADINGS 'REPRESENT NO FAITH, LEAST OF ALL THE MUSLIM FAITH' 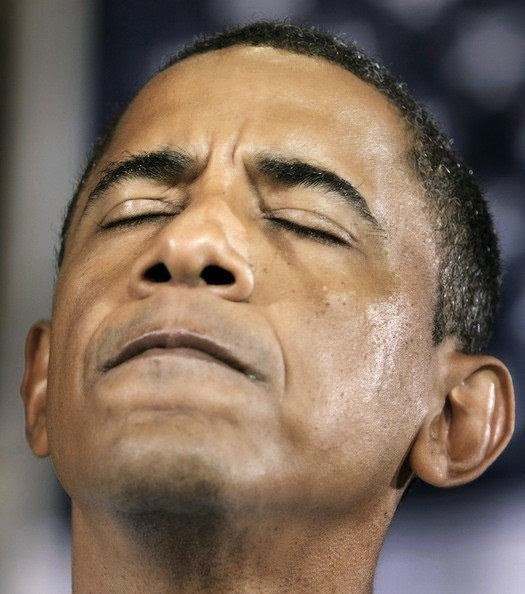 From Some Website or Other To Whom I Will No Longer Give Links Because of Their Intrusive Advertising:


Returning from his trip to Asia, President Obama issued a statement reacting to the beheading of U.S. aid worker Peter Kassig by Islamic State (ISIS/ISIL) terrorists.

Kassig, a convert to Islam, took the name Abdul-Rahman and was captured and held hostage by members of ISIS a year ago.

“ISIL's actions represent no faith, least of all the Muslim faith which Abdul-Rahman adopted as his own,” Obama wrote.

“Today we grieve together, yet we also recall that the indomitable spirit of goodness and perseverance that burned so brightly in Abdul-Rahman Kassig, and which binds humanity together, ultimately is the light that will prevail over the darkness of ISIL.”

Obama called the action “an act of pure evil by a terrorist group that the world rightly associates with inhumanity.”

The question is obvious:

Why the Muslim faith least of all?

There is no other faith which commands it's adherents to cut off people's heads, as the Koran does in Sura 8:12:


8:12 I will cast terror into the hearts of those who disbelieve. Therefore strike off their heads and strike off every fingertip of them.

So yeah, why LEAST OF ALL THE MUSLIM FAITH?

1) Obama is a fucking liar,

Labels: "no faith least of all the muslim faith", abdul rahman kassig, Fuck Obama, no faith which is essentially the muslim faith, obama is a fucking skunk-assed muslim, peter kassig

He's pulling a Gruber. It takes a special kind of STUPID to not only accept, gag/believe what this pathetic liar in chief professes let alone, tolerate the bull shit he shamelessly spouts.

In my view, he knows better.

Muslims lie in pursuit of Jihad and the creation of the caliphate. It´s in the Qur'an, and in their DNA