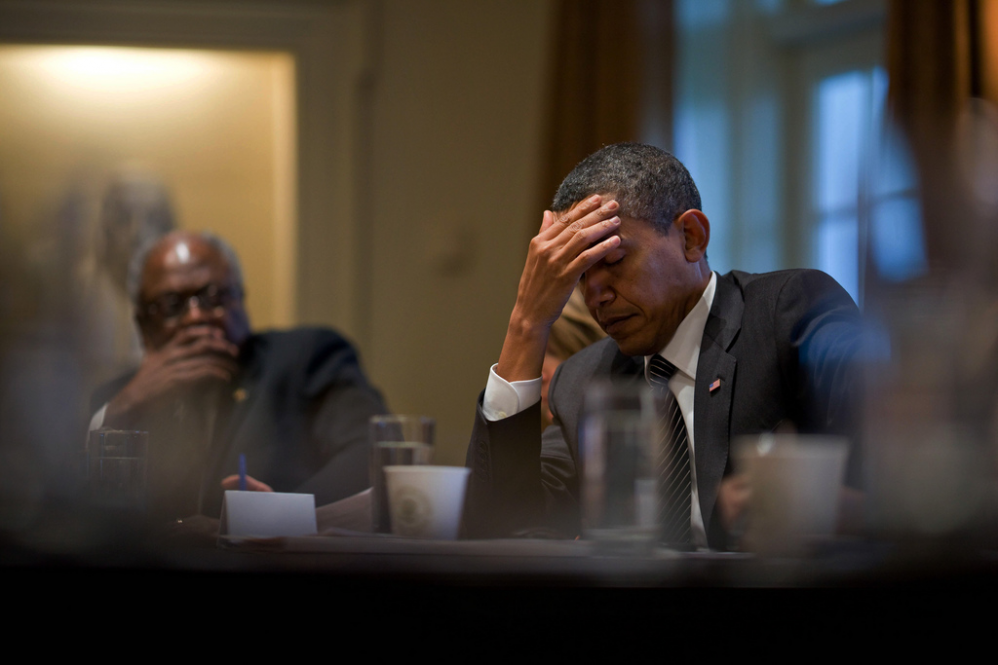 
The Obama administration can try to distance itself from Jonathan Gruber all it wants, but a 2012 press release from Obama’s own presidential campaign shows that when it comes to Obamacare, the president and Gruber are joined at the hip.

The White House understandably wants to distance itself from Gruber. A series of videos that feature him bragging about his role in deceptively crafting Obamacare have started to come out, and they’re not even remotely helpful to the Obama administration.

While on camera, Gruber claimed that lack of transparency in the law was a good thing, that the administration’s rhetoric about the so-called Cadillac tax was a complete lie, and that the lies were all necessary because stupid American voters were too dumb to know what was good for them. 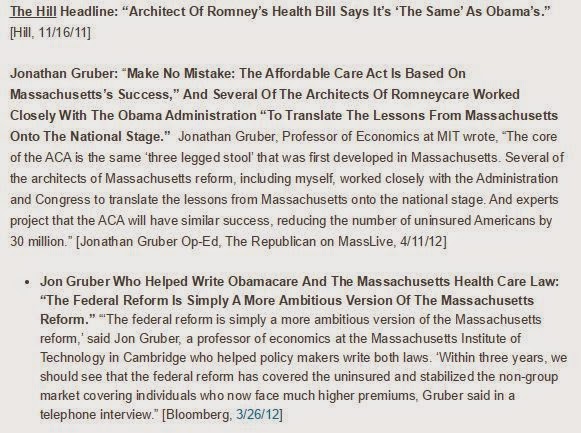 Gruber Convinced Obama To Include Individual And Employer Mandate To Obamacare

Reuters: NY health officials test person's remains for Ebola 11/19/2014
*****
WSVNTV: US to screen travelers from Mali for Ebola 20 hours ago 11/19/2014
*****
NoJersey: Fewer volunteering to combat Ebola, aid groups report 5 hours ago 11/19/2014
*****
NationalJournal: Rep. Yoho introduces Ebola quarantine Bill 11/19/2014 19 hours ago
*****
PHNewsYahoo: No quarantine for AFP, DOH chiefs 8 hours ago Acting Health Secretary Janette Garin and Armed Forces chief Gen. Gregorio Catapang need not undergo quarantine despite their visit without protective suits to Caballo Island, where 133 Filipino peacekeepers from …
*****
North Fort Hood barracks picked as Ebola quarantine site Killeen Daily Herald · 1 hour ago 11/19/2014
"Soldiers returning from Africa will be housed for 21 days of observation at North Fort Hood barracks, post officials announced Tuesday. The facility could hold up to 100 troops at a time and will be operational by Friday …
*****
AllAfrica: Liberia: 110 (Ebola) Orphans Receive Street Child Support in Dolo Town 11/19/2014 1 hour ago
*****
Fox: Study will test whether Ebola survivors' blood can treat virus in others 11/19/2014
*****
Reuters: World Bank sees $3-4B Ebola impact in Africa, well below worst case scenario 11/19/2014
*****
TampaTribune: Cuba says doctor catches Ebola in Sierra Leone 18 minutes ago
HAVANA (AP) — A member of the 165-member medical team Cuba sent to fight Ebola in Sierra Leone has been diagnosed with the disease, according to state media. Dr. Felix Baez Sarria is being treated by British
*****
WashingtonPost: Obama on Ebola in West Africa: ‘We are nowhere out of the woods’
Obama again called on Congress to appropriate more money to fight Ebola. Drew Angerer/Bloomberg President Obama said Tuesday that despite progress, West Africa is "nowhere near out of the woods" on Ebola.
*****
Bloomberg: Mali nurse braves neighbors' stoning to battle Ebola 11/19/2014 10 hours ago
*****
DailyBeast: Cubans, India Report New Ebola Cases 20 minutes ago
*****
NPR: India Quarantines Ebola Survivor Because Of Infectious Semen 9 hours ago
*****

Ebola Cure: Drinking One Gallon of Water a day can increase survival rate of Ebola
(er, shouldn't that title say 'from Ebola' instead?)