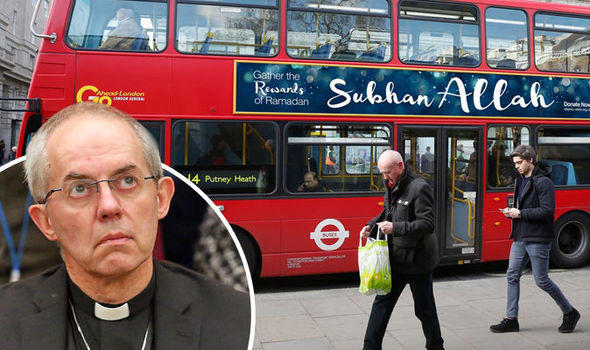 Welcome to the New London, which is no longer London.

The slogan reads ‘Subhan Allah’ – which translates as ‘Glory be to God’ – and will feature on hundreds of buses across the country as part of a campaign by the Islamic Relief.
The group have targeted the ad campaign to raise money for victims of the Syrian Civil War during the holy month of Ramadan in June, when muslims traditionally fast and give to charity.

BTW, buses in Michigan advertise the same slogan. Or so I've heard.