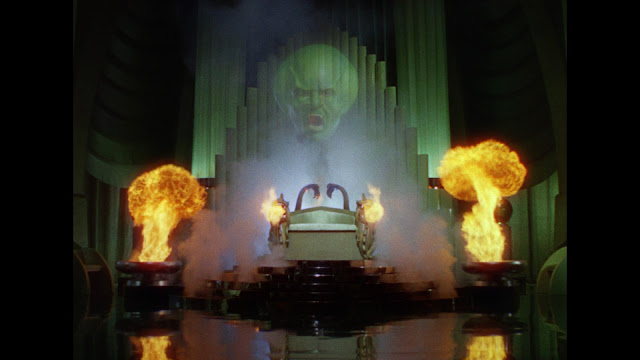 The move away from Nationalism and pride in one's culture, to a European Superstate serves two purposes to which the Bureaucrats at the EU do not want to admit.

1) It takes the power out of the hands of the people, and allows the Bureaucrats to wield unlimited power from behind an Oz-like curtain,

2) It allows the Bureaucrats to set themselves up as a permanent White neo-Aristocratic government, even as they import millions of pre-disenfranchised non-White citizens into Europe to replace the native Europeans.

You see, without Democracy, they can do what they want. And what they want to do is import citizens who have not been acculturated in the reality of Democracy, much less educated that they have God-given inalienable Rights.

Then the EU Bureaurats can become a permanent body of white Dukes and Earls and Princes who will rule eternally over the ignorant immigrants they have imported.

Immigration is a Scam set up which replaces the native population in order to steal all the power and wealth which belonged to the European peoples.

And these slimy pseudo-royalty are succeeding at this scam.

And, having already had their Democracy stolen out from underneath them, the European people can do nothing about it.

Meanwhile, the White neo-Aristocratic Bureaurats, who are running the EU, can never violently knocked down from their thrones, because no one really knows who they are, or how they wield their mysterious powers.

In America, we have the Elite classes of the Government-Media/Academia Complex attempting a coup d'etat from behind the walls of Gated Communities, which are patrolled by a Police force of Pension-Swilling Union Orcs, ready to do whatever they have to do to keep that swill in their trough,.

But the American people are rising up, and throwing off the chains of the Potemkin Political Party known as the GOP. And I have the distinct feeling we're going to win.

But how will the European peoples ever win? They are surrounded, and ruled from behind the walls of the quasi-mystical EU. The anonymity of the EU Government Complex serves the same purpose as the walls of a gated community. The people don't even know who lives behind those walls.

For instance, the EU is now ruled over by a group of four Presidents, none of whom were elected by the people of Europe, and none of whose names would be familiar to anyone but a Government Groupie:

Ever heard of them? I vaguely remember hearing the name Junker whispered to me from between barbed-wire once. But other than that, no. Apparently one of them does not even possess a name.

And these are the high-profile guys. Imagine the Constellation of Nebulae that is the rest of those in "authority" at the EU:

The EU Constitution is a Mysterium Tremendum, consisting of 300 pages of Bureaucrat-speak guaranteed to grasp anyone who ever glances it's way in a seizure of boredom; and to envelop them in a Cloud of Unknowing, not unlike a Coma.

Who has read this? What are the Rights of the European Citizen? Are these rights unalienable?

It turns out all rights are ever so charitably bequeathed by the EU, and if you feel your rights have been infringed upon, well then, you have the right

"to petition the European Parliament and complain to the European Ombudsman; To contact and receive a response from any EU institution in one of the EU's official languages."

In other words, you may approach the Tower of Babel, and state your case.

A response will be forthcoming.

You have the Right to file paperwork, which will be taken from your hand, only to disappear behind the gates.

You have the right to receive paperwork in return. It will be handed to you through the gate.

You do not have the right to step behind the gate, and in case you ever get such a fool idea into your head, the gate itself has been disappeared.

You will never know from whence the power emanates.

When the Government disappears, yet wields power all the same, the citizens becomes even more invisible.

And the rights of the pre-disenfranchised "citizens" whom the Bureaucrats of the EU have imported from Africa, Asia, and the Muslim world, well, they only have the right to beat the native citizens senseless.

In fact, that is their function.

The Governments of Europe have not changed from the time of Fascism and Nazism. The only difference now is they have imported huge numbers of Muslims to do their dirty work for them.
Posted by Pastorius at 11:44:00 pm

Thank you, WC. That means a lot to me, coming from you.

"The globalists LOVE Islam. It's everything they could possibly want in a false religion. They love its brutality, the way it viciously polices its own and crushes dissent from within. They love its dehumanization, how it turns its followers into little more than human ammunition, eager to be spent in the slaughter of infidels. They love its crushing of spirit, how it keeps entire populations ignorant of history and science while living in destitute poverty, convincing them that fighting the infidels is more important than civilian infrastructure. They love its real rape culture, the way it reduces women and girls to mere livestock, to be raped or beaten or killed or sold on a whim. But most of all, they love its system of unquestioning loyalty, how its followers wouldn't dare think twice if their imams told them to butcher that person or blow up that kindergarten or beat their own daughter to death. This is why the demonic death cult of Islam has been chosen by the globalists as the official false religion of their new world order." - cyberjacques

I could not sum it up better the relationship between the EU elites and Islam so I quote.

Can anyone of you imagine what would happen in a democratic parliament or congress or whatever institution that claims to run a country if the auditors do not accept the accounts for one year. Here in Canada the auditor general reports once a year and for weeks thereafter comes the howling of the opposition, the promises of the government, it will all be cleaned up and sorted out. A little bit of it does, the odd senior bureaucrat gets shuffled around, the shouting dies down and all's well until next year.

For 18 years in a row the auditors have refused to accept the accounts, 100's of billions of Euro are in dispute, the noble Lords have told the peasants to shut up and mind their own business. And the peasants. They have reverted to type, good European peasants, secure in the knowledge that their Lord knows best.Budget? What the hell is a budget? Just another bit of trickery from the union haters, ignore it.

Wow! I did not know that.

Here, our politicians hide their kickbacks in Black Budgets and Transexual/Global Warming/Immigrant-Housing scams.