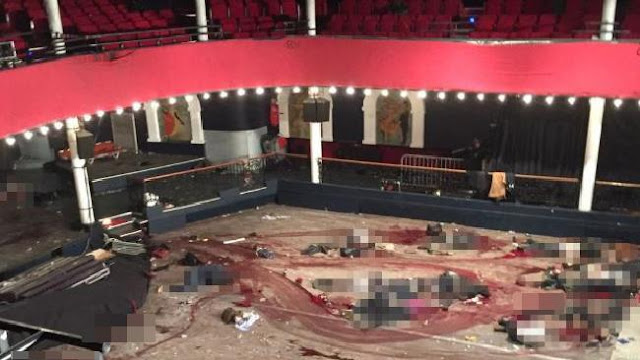 Not in the least surprising ... that Muslims would do this, nor that France would suck the coverup cock.


HEAT STREET EXCLUSIVE – A French government committee has heard testimony, suppressed by the French government at the time and not released to the media, that the killers in the Bataclan tortured their victims on the second floor of the club.

Police witnesses in Parliament said they vomited when they saw the disfigured bodies. Wahhabist killers apparently gouged out eyes, castrated victims, and shoved their testicles in their mouths.

They may also have disemboweled some poor souls. Women were stabbed in the genitals – and all the torture was, victims told police, filmed for Daesh or Islamic State propaganda. For that reason, medics did not release the bodies of torture victims to the families, investigators said.

I have the full story right below this


And they are GLAD for the PR on this