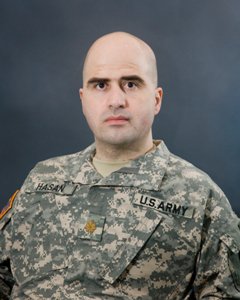 From Kristinn Taylor at Gateway Pundit:


Featured in the media’s coverage of the appearance by Muslim Gold Star parents at the Democratic Party’s National Convention in Philadelphia in which the father of KIA Army Capt.

Humayun Saqib Muazzam Khan, Khizr Khan attacked Donald Trump for ‘sacrificing nothing and no one’ is the statistic that 14 Muslims have been killed in action since the war on terror began in 2001.

Khizr Khan, whose son was one of 14 Muslims to die while serving the United States after 9/11, gets a standing ovation at the DNC.
— Dan Merica (@danmericaCNN) July 29, 2016


The statistic is derived from a 2011 report by Rep. Peter King (R-NY). No Muslim soldiers appear to have been reported killed in action since then as the media has only reported the 14 Muslim KIA.

In contrast, a total of 14 American soldiers have been murdered by Muslim soldiers in attacks since 2001.