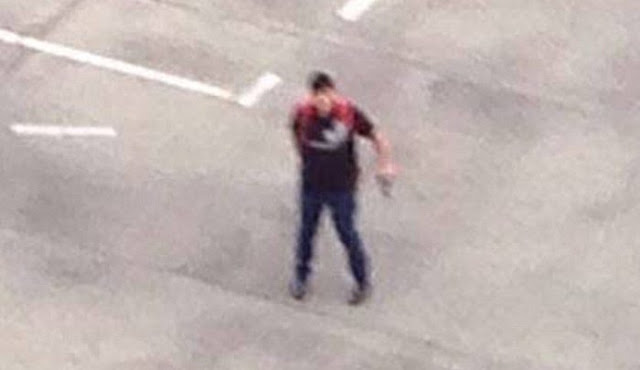 
“A statement on Munich police’s Facebook page says: ‘There is a suspicion that the 16-year-old is a possible tacit accomplice to the attack.'” What a coincidence: an Afghan Muslim as a tacit accomplice in what the mainstream media desperately wants you to believe was a “right-wing,” “nativist,” “xenophobic” attack.

Meanwhile, authorities found nothing about Breivik when they searched Sonboly’s apartment.

Why, then, do they think this attack had something to do with Breivik’s? Because they desperate wish that it did.

Daily Star
The explosion has happened in the middle of the Ansbach Open music festival.

Unconfirmed reports suggest just before the explosion a man with a backpack was denied entry to the festival.

Up to 2,500 people had to be evacuated from the concert venue.

The festival has now been cancelled.

Every f'n time that bastard fraud occupying-the-oval-office opens his filthy mouth...just a coincidence????
CNN: Why did Obama declare ISIS 'contained' the day before Paris attack?


OBAMA Mocked Trump And RNC’s “Vision of Chaos And Violence” 1 Hour Before Munich Attack (VIDEO)...and hours prior to both jihad attacks in Germany today...

So often a coincidence?