Jihad in Japan: At Least 19 Killed, 45 Injured In Mass Stabbing - UPDATE: NOT JIHAD 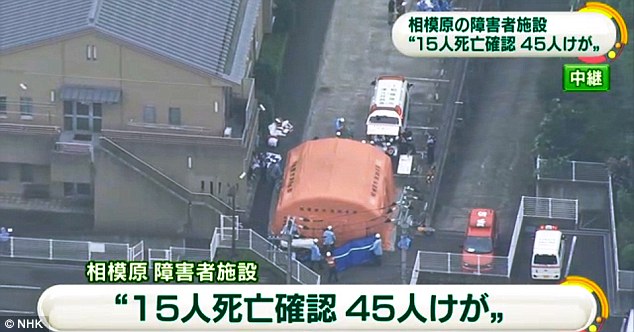 There are almost no Japanese Muslims.

HOWEVER, THERE ARE AMERICAN MILITARY BASES IN JAPAN.

AND THIS ATTACK HAPPENED IN A TOWN KNOWN FOR IT'S AMERICAN MILITARY BASE.


A knifeman has killed at least 19 people and injured 45 in Japan, according to reports.

It is believed the attacker went into a centre for disabled people in the city of Sagamihara, west of Tokyo, brandishing a knife.

Police were called to the scene at around 2.30am local time after residents saw a man armed with a knife in the grounds of the Tsukui Yamayuri Garden.

Four of the injured are said to be in a serious condition. Local media have reported that 19 people have died and 45 were injured.

Armed police encircled the centre and arrested a man in his 20s on suspicion of murder.

Officers said he was a former member of staff who turned himself in after initially escaping.

The city is known for its US Army base.

Well, I jumped the gun on this one. This is very unlikely to have been Jihad. The killer was a Japanese man who was a Euthanasia advocate. So, to his sick mind, he was just doing his job.
Posted by Pastorius at 12:51:00 am