Canada Oil Sands Community founder Robbie Picard posted any apology on the group’s Facebook page which includes “It was not my intent of demeaning women or any people of any sexual orientation.”

Picard’s apology stems from the group releasing an advertisement that has been dubbed the ‘hot lesbians’ ad. 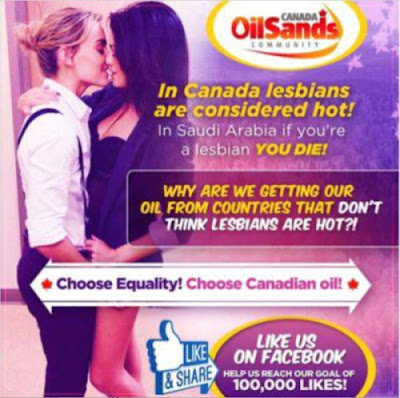 The oil sands group did make a mistake: they apologized.

I am a lesbian and they raised a good point. However I think to use this to justify more oil production is not justified. The humans not left the age Patrick tools behind because they ran out rocks.