How We Gon' Keep Our Stories Straight, Part II 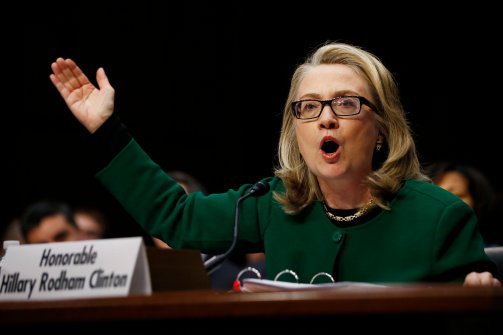 I’m confused. I thought the story of America was immigrants, isn’t that what Democrats have been telling us? Or is it only illegal immigrants?
Posted by Pastorius at 5:16:00 am

The Leftwing propaganda screeching all the time.

Media just makes it up as they go. They must think we have reptilian brains.

They must think we have reptilian brains.

The media know that most people are brainwashed and have lost the ability to think analytically.

Decades of dumbing down.

Hillary's campaign just gets creepier by the minute. Note the eerily staged method (Orwell's 1984-esq) she chose to accept the nomination last night in Philadelphia.
She wasn't even there in person!! She used a massive video screen which was likely pre-recorded so her handlers could prevent any live chaos from Bernie's supporters (plenty outside of the venue) as well as other violent opponents (see unusual security barrier set up around the DNC stage anticipating potential breeches). Pre-recording made it possible to edit out any uncontrollable barking and/or head bobbing seizures displayed by Hillary at recent events.

*****
RebelMedia already took advantage of this with a prepared campaign ad for Trump:
here