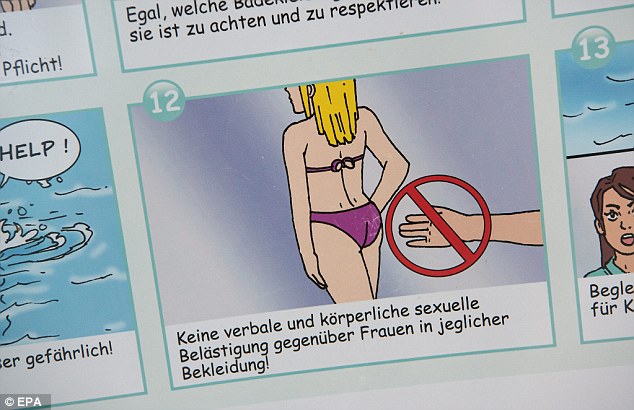 A flyer containing bathing rules seen in a swimming pool
in Munich, Germany, pointing out women may not be sexually harassed

The Federal Association of German Swimming Professionals (BDS) says this would be ‘an inclusive measure that would benefit everyone.’

Last month a secret police document was leaked in Duesseldorf voicing the ‘grave concern’ of police chiefs about escalating sex crimes carried out by refugees at public swimming baths.

Yea, good luck with that. Idiots.