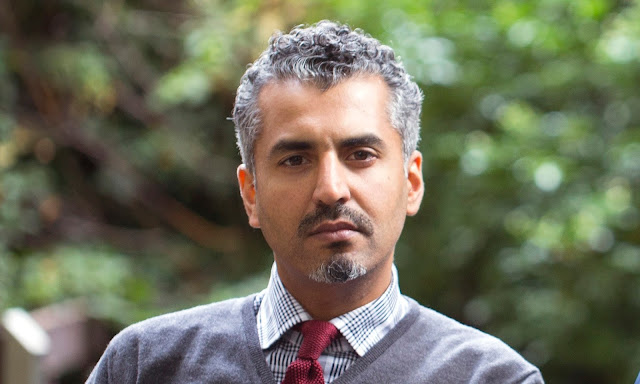 From Maajid Nawaz, founder of Quilliam:


LONDON — Did anyone at the Democratic National Convention notice the slaughter of 86-year-old Father Jacques Hamel, as jihadists slit his throat in his own church in Northern France during morning Mass?

For our own future’s sake, we must understand what jihadists are seeking to achieve through sowing the seeds of such chaos. What possible military strategy could there be in mowing 84 innocent people down to death using a lorry in Nice? How is “the cause” at all served by murdering 325 mainly Shia Muslims in Baghdad? Or by killing 80 mainly Shia Hazara Muslims in Kabul?

In fact, since the start of Ramadan last month, and till the time of writing on July 27, 2016, there have been 75 attacks in 50 days by various jihadist groups globally. This amounts to attacks in 21 countries at a rate of one-and-a-half per day, leaving over 1,169 dead, not including the injured and maimed.

Yes, these attacks were organized by disparate jihadist groups—all professing the same ideology—and many of them have a distinct command and control structure. But sowing the seeds of indiscriminate chaos among their enemy is a tactic modern jihadist groups now all share.

So what could they possibly be hoping to achieve?

Sadly, there is jihadist method to this madness. ISIS adopted playbook Idarat al-Tawahhush, or the Management of Savagery, elaborates. The so-called Islamic State, widely known as ISIS, seeks not to spark a World War, but to ignite a World Civil War.

This book on jihadist war theory first appeared online around 2004 and was attributed to an ideologue who goes by the nom de guerre Abu Bakr al-Naji. Naji instructed followers to incite ethnic, sectarian, and religious hatred throughout the world so that societies end up dividing along mutual mistrust and a desire for revenge.

Naji’s hope was that Sunni Muslims would then largely be blamed—as they now are—as the cause of this intolerance and violence, rendering them hated and left isolated. Naji even highlights the importance of provoking heavy state military responses against Sunni Muslims everywhere, so that entire populations of Sunnis feel suspected and attacked by everyone else around them, and turn in on themselves.

The idea is that through such division Sunnis would find no refuge from angry non-Muslims and over-reacting states, except in jihadists who would embrace them. In turn, Sunnis would end up swelling the ranks of jihadists’ militias as they began to protect themselves against reprisal attacks.

The book on Jihadist War Theory was written by Mohammed. It's called the Koran.

This Abu Bakr al-Naji fag only wrote a variation on the works of Mohammed. Good for him. But it's a lie to act as if Islamic Jihadism was only invented in 2004.

This article also seems to ignore the works of Sayid al-Qutb, and the Muslim Brotherhood.

Quilliam is the organization Tommy Robinson joined a few years back.

I'm not clear on whether he is working for them at this point or not.

One wonders if Mr. Nawaz is really trying to help or not. Is he a friend of the most cunning of enemies?
Posted by Pastorius at 3:36:00 pm

Another question...Is Nawaz a Sunni or Shia? I DO NOT TRUST HIM!

He used to be a member of Hizb Ut-Tahrir, so I think that means he's a Sunni.

He is a British born Pakistani Sunni appears very often on Fox and makes far more sense than most anyone else talking about the Jihad and how to beat it. He often advocates for a secular Islam.

"This book on jihadist war theory first appeared online around 2004 and was attributed to an ideologue who goes by the nom de guerre Abu Bakr al-Naji. Naji instructed followers to incite ethnic, sectarian, and religious hatred throughout the world so that societies end up dividing along mutual mistrust and a desire for revenge." This sounds an awful lot like what the 7.5 years of Obama administration have achieved in the US.