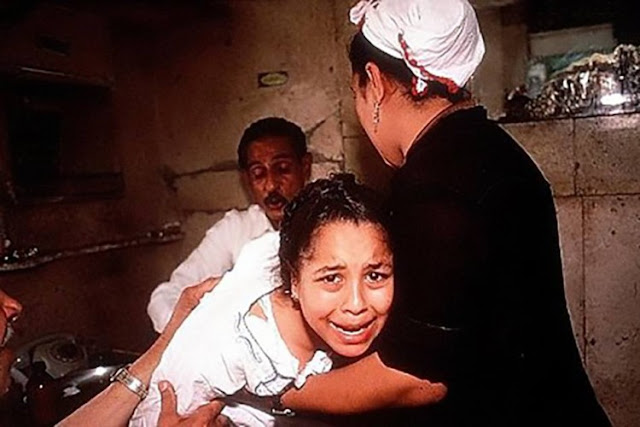 Another victory for Allah the Vagina-Hater.


There were 5,700 new cases of female genital mutilation recorded in England in 2015-16, the first annual statistics show.

The figures, published on Thursday by the Health and Social Care Information Centre, show that in 18 cases the practice had been undertaken in the UK.

The age group for which FGM was most common was five- to nine-year-olds, accounting for 43% of the total number of cases where the age at the time of being cut was known.

I have seen the full Monty as a nurse:

Egyptian woman - a nation which still has an astoundingly high number of women walking around missing (or possibly not understanding what they are missing sexually) their clitoris, continues the practice on large scale.